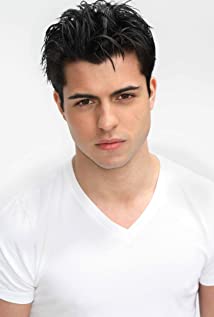 David's acting career began at age 5, where he landed a national Nickelodeon Sponge Bob commercial. At age 7, David landed a role in a Todd Solondz's film due to his talented break-dancing moves.His first leading role came a year later in the film remake of "The Little Fugitive."A critically acclaimed short "Tracks of Color" followed, where he played the role of a young graffiti artist struggling to pursue his passion yet fearing the disappointment of his family. The film was so riveting that investors took noticeAt 9, he co-starred opposite John Leguizamo in the movie "Where God Left His Shoes" which landed him a best supporting actor nomination at the Imagen Awards.Teaming up again with John Leguizamo in the film"Ministers, directed by Franc Reyes and co-starring Harvey Keitel, left David with the daunting task of playing the younger version of John Leguizamo's twin characters Dante and Perfecto.Several pilots followed; including LL Cool J in "The Man" created by CSI's Anthony Zukier and Nickelodeon's "Summer Camp" where David played Hailee Steinfeld's boy crush and another CBS pilot, "Red Zone." in the role of Reza, a teenager from Algeria...David's recently released film "Forged" won Best Domestic Feature at the New York International Latino Film Festival in 2010 as well as the Providence Latin Film Festival.David, had a second Imagen Best Supporting Actor nomination, with the role of Manny in the recently release film "Tio Papi" which also won several festival awards, followed by a theatrical release.David had a recurring role playing Staten Island Guido, Frankie DeCosmo in Ice Cube's TBS's hit show "Are we There Yet? "When David isn't acting, he is enjoying Golf and studying Jiu Jitsu. He is a self- taught pianist, his love for music has now lead him to debut as a singer.David plays a Rock and Roll singer in the soon to be released movie "Ruta Madre" and recently made his first original song release with "Save Me", written by his singer/songwriting sister Raquel Castro, and produced by Donnie Klang, of making the BandHis biggest accomplishment to date is the role of Raphael Santiago head Vampire in Freeform's "Shadowhunters".

Where God Left His Shoes

A Guide to Recognizing Your Saints