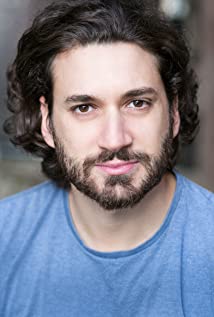 David Carrozzo was born on October 5, 1989 in Lecce, a small city in the South-East of Italy. His mother used to own a clothes-making factory in town while his father was in the Italian Navy. At an early age David took part in a theatre performance, which inspired him to become an actor. When he was 6 years old he started practicing karate and participated in numerous competitions at a regional and national level always being in the first places. He quit martial arts at the age of 18 when, after graduating from high school, he decided to leave the South Italy and move to Milan where he enrolled at the IULM University, getting the three-year degree in Communication, Media and Advertising. At the same time he attended a professional acting school (Centro Teatro Attivo) starting performing in theatres around Milan and doing many different jobs to be able to pay his studies. Later on he moved to Rome in order to keep chasing his dream of becoming an actor, studying at the drama school of the Argentinian coach Beatrice Bracco for 2 years. After that, he moved to London where he attended few courses at The Royal Central School of Speech and Drama and also, during an Intensive Masterclass he had the chance to meet the American director and coach Ivana Chubbuck. He has attended various acting workshops at the Arts Theatre of London such as the Acting-Developers course of the City Academy. Also he recently attended the British Action Academy taking part at the BLAST course (British Live Action Stunt Training) designed to provide essential stunt training in order to become a safe and competent actor during fights and stunts scenes.