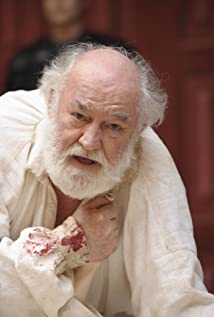 Classically-trained veteran actor David Calder was born on 1 August 1946 in Portsmouth, England. His impressive career in acting began as early as 1968 around the age of 22. Easily known to British audiences for his work in film and television, Calder perhaps is better known to American audiences with his appearances in high profile movies such as the James Bond spy-action film The World Is Not Enough (1999) as Sir Robert King, the on-screen father of French actress Sophie Marceau. He also appeared in Rob Cohen's The Mummy: Tomb of the Dragon Emperor (2008), the third installment to the Stephen Sommers-directed Mummy films starring Brendan Fraser. During the 2010s, Calder has appeared in further A-list films and television series, including the Ron Howard-directed car-racing film drama Rush (2013), starring Chris Hemsworth. His continued work in British television includes appearances on The Wrong Mans (2013) and Casualty (1986). Calder appeared in the 2016 miniseries The Moonstone (2016) and guest-starred in Emerald City (2016).