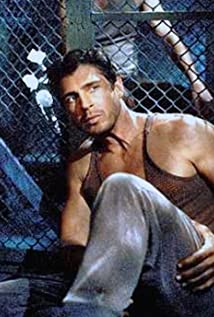 David Bradley was born in Plano, Texas on October 2, 1953. He is well known to the fans of low budget and martial arts films.Prior to films, Bradley worked as a car salesman on Wilshire Boulevard in Los Angeles and practiced such martial arts as Shotokan Karate, Chinese Kempo, Tai Chi and Aikido. Bradley started his career on films by being cast as the lead in the third sequel of cult the film "American Ninja" called American Ninja 3: Blood Hunt (1989). And from that moment he also starred in American Ninja 4: The Annihilation (1990) and American Ninja 5 (1993) (as a different character in the final one), thereby replacing Michael Dudikoff. Bradley also worked on television for a time.He starred alongside Elizabeth Gracen in direct to video Lower Level (1991), in which Bradley gave more intense, dramatic performance. Similarly in the title, he also starred in American Samurai (1992), opposite Mark Dacascos, who played the villain. Also, some of other Bradley's well known roles were in Cyborg Cop (1993) opposite John Rhys Davies and Cyborg Cop 2 (1994) as detective Jack Ryan. Other roles include Hard Justice (1995), White Cargo (1996) and Total Reality (1997) opposite Thomas Kretschmann. Today he is usually focused on art and painting.