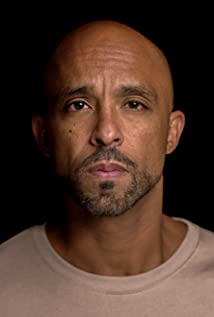 Originally from Rochester, NY now based in Hollywood, CA he first hit the stage in 3rd grade. He is classically trained and holds a BFA in Theatre and Film from Arizona State where he carried lead roles in multiple main stage shows. He graduated Magna Cum Laude. David is Afro-Brazilian / Italian and fluent in Spanish, Portuguese and English.With almost 100 IMDB credits he can be seen in studio films like Birds of Prey starring Margot Robbie, Priest starring Paul Bettany and Filly Brown starring Gina Rodriguez. He is major recur in Season 4 of USA's Queen of The South while recurring in season 2 of Insatiable for Netflix as well as numerous TV appearances on hit shows like HBO's Westworld, MacGyver, Animal Kingdom, Shooter, The Last Ship, and many more. He is an active voting member of the prestigious Academy of Television Arts and Sciences.David's approach to performance is truly about the mechanics and the instincts conveyed in the text. David says, "Our job is to translate text into a moving, palpable and visceral experience for the audience, to evoke a catharsis. To bring the words to life in a way that is honest to it's present, past and future. The subtext is the instinctual, emotional manuscript of the character."David is a globally known spoken word poet with live appearances on two seasons of the award-winning TV-one series Verses and Flow. He produces high concept spoken word films most recently with Emmy Nominee / Grammy Winner Malcolm Jamal Warner.David has 20 IMDB producer credits, 13 writer credits and is the founder of Exertion Films. He holds the prestigious producers mark (p.g.a.) of the Producers Guild of America and a veteran of the National Association of Latino Independent Producers.He is wrapping production on his 5th feature as a producer 'Catalyst' starring opposite Michael Roark, Patrick Kilpatrick, Noel Gugliemi and many more, directed by Emmy nominee Christopher Folkens.David is truly a multi-hyphenate disciplined talent with a very big future ahead of him.David has a good heart, an almost chameleon-like talent that allows him to adapt to any role... to any circumstance. Tommy Oliver - Sundance Winning Producer/Screen Gems/SonyDavid's professionalism never fails, a true artist in genuine form. Youssef Delara - Sundance Grand Jury Nominated Director