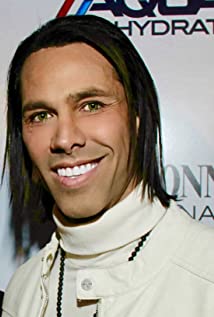 Raven Armando Astone was born on March 27 in Perth, in Western Australia. His father is Italian and Brazilian and his mother has Italian ancestry. He was raised between Australia and, Italy and speaks Italian. When Raven was Five years old his parents settled permanently in Perth, Australia.Young Raven was not a model student and was known to be the class clown, performing for cheers and laughter from his classmates, which many times got him into trouble with teachers and his academics. However, the cheers he received in the classroom would serve as the beginning of his interest in becoming an actor and performer.Raven discovered that he had a love of athletics and began his athletic career by first becoming a soccer player, playing in various teams such as Perth Italia. Upon entering high school he became interested in martial arts and studied various forms, obtaining his junior black belt in the Japanese Karate form Black Panther.Raven excelled in martial arts and incorporated the Southern Korean art of Olympic Style Tae Kwon Do. Raven also trained in Eagle Tae Kwon Do in Las Vegas Nevada under Master Kim. He was awarded his 2nd degree black belt and prevailed triumphant in the Australian Championship in Melbourne, and went on to win many tournaments including the Western Australian Karate Championship. In 2010, he was awarded his 4th degree black belt in Tae Kwon Do.In 2011, he traveled to Thailand to study the art of Muay Thai at the SinBi Muay Thai Training Camp. Raven trained for six months straight, five days a week. Four months into his training he was asked to compete at the Bangla Boxing Stadium in Patong, Phuket. During the last two months of his training he had six fights and six wins. At the age of 21, Raven took his skills into a different arena, that of extreme sports, and came in first place in the Western Australian state title 125cc motocross champions. Raven has also trained in different forms of dance and went on to perform in various dance troupes such as 'West Coast Hard Bodies' in his hometown of Perth. He is also a rock & roll drummer and has played in various bands in Perth. In 2001 Astone was awarded male model of the year and Mr. Figure Fitness. This exposure led on the path of auditioning and successfully gaining a role in the big hit show 'Thunder From Down Under.' Raven toured the world performing on stages for thousands of people. The show grew in popularity and grounded a permanent foundation in Las Vegas. Vegas became the new home for Astone where he graced calendars, DVD's, billboards and even had his picture placed on $5 dollar casino chips from Excalibur casino. In 2008, Raven Armando Astone moved to Hollywood, CA to pursue the next level in his career of becoming an action film star. Raven landed his first role as 'Buffy', the zombie track teammate in the independent film Zombie Ed (2013). His sex appeal won him the role as 'The Eye Candy' in the short Bora S.: Private Eye Candy (2008). His outrageous class clown antics, which cause him so much trouble in school, won him the role of 'Demetri's Henchman' in the short L.A. Vampire (2010). In fact, Raven audition for the part of 'Demetri' was so penetrating that the writer decided to write him into the script as 'Demetri's Henchman.'Raven continues to perfect his action and martial art skills. He has trained under stunt director Art Camacho and Grand Master Byung Ho Choi in preparation for many of his action film scenes. Raven has also worked with a number of other acclaimed Hollywood fight/stunt directors and coordinators, including Narayana Cabral, Michi Yamato and Mario Rocha. He is currently training in Japanese Samurai Action stage combat with fight coordinator and original Power Ranger, Michi Yamato. David will also be working with 911Stunt team in for an up coming movie called Due Justice where he will have a supporting role and perform his own stunts. Raven was very honored to be chosen to do the Global Campaign shoot for John Wick 3 as John Wick Body Double. Raven's latest film called No Man's Land was number was number one selling on amazon for ten days in a row. In 2010, Raven Armando Astone was rumored to play Eric Draven in the Crow remake.Raven studied acting at The Acting Corps, famous for training talents such as Eminem, Leonardo DiCaprio, Claire Danes, Tobey Maguire and Margaret Cho. And has studied at the Studio School Los Angeles, and has obtained a bachelors degree in film. Raven is set to Act in three different trilogy's in 2021, Project Valentina, The Legend of Johnny Jones, The Street Avenger, and B9, He is also Producing Stunt coordinating some of the projects.

Bucky Larson: Born to Be a Star

Balls to the Wall