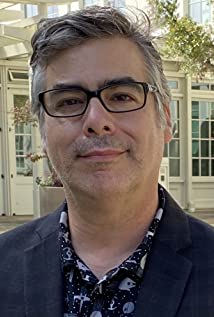 David Weiner is a content producer, a filmmaker, an online/magazine editor, a podcast/onscreen personality, and an award-winning journalist.A regular contributor to The Hollywood Reporter and L.A. Weekly, David was executive editor of the iconic Famous Monsters of Filmland magazine from 2015 to 2016, earning the prestigious Rondo Hatton Award two years in a row for Best Classic Magazine. Prior to that, David logged 13 years in the trenches at Entertainment Tonight writing about/interviewing celebrities and filmmakers as senior editor of ETonline.Creator of the ItCameFromBlog.com retro pop-culture site, David has hosted and moderated Comic-Con panels and screening Q&A's at Arclight Cinemas and other venues, and has appeared on camera for multiple junkets, red carpet events, and segment interviews.David was the one who broke the news, worldwide, that Mark Hamill, Harrison Ford, and Carrie Fisher were returning to Star Wars - The Force Awakens - a full year before Disney announced it officially - because Hamill told him so.He has held countless exciting entertainment jobs, both behind a keyboard and on a Hollywood movie set, from being a "towel wrangler" on Cast Away with Tom Hanks to consulting as a story analyst for Trigger Street Productions.Also a 2015 Rondo Hatton Award winner for Best Interview of the Year (with Mel Brooks for the 40th anniversary of Young Frankenstein) and Best Classic Magazine (Famous Monsters of Filmland) two years in a row, David is passionate about film, TV, music, and pop culture, to which he applies a wealth of knowledge when it comes to entertainment trivia and arcane factoids.He naturally gravitates to the retro nostalgia of the '70s, '80s, and decades of the past, and considers himself to be a "nostalgia curator."