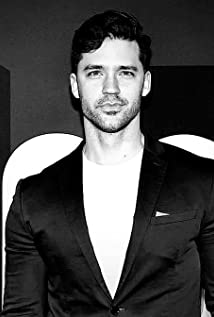 Born and raised in the deep, dark tundra of Fairbanks, Alaska, David went from underweight ballet dancer with braces to full-fledged soap opera star with good posture, straight teeth, and a decent metabolism in only two short decades.His first on-screen role was in a series of commercials for Airborne where he starred as Sebastian, a Fabio-esque romance novel hero in 2008. Upon the first day of shooting, the director proudly claimed that he hired David because "nobody looked more stupid in that wig." And a star was born.In 2009, he was personally chosen by James L. Brooks to appear in the director's next outing "How Do You Know". The movie caused Jack Nicholson to stop acting and David to question everything.David took up writing after the soap opera he was on for three years was "unexpectedly" cancelled. Panicked at only being hired to say lines on TV in his underwear, David created the scripted podcast Western "Powder Burns" where he said lines in a recording booth fully clothed, with Emmy winning stars John Wesley Shipp, Ed Asner and Robert Vaughn. The show brought him a Voice Arts Award and a spot at the Austin Film Festival in 2017. His relatives questioned why a radio program would go to a film festival. This made for a great Thanksgiving.He currently lives and works in New York.

How Do You Know