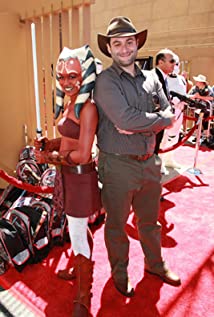 Dave grew up in Mt. Lebanon, a suburb southwest of Pittsburgh, Pennsylvania. He was in the marching band, and was the starting goaltender for half of his senior year on the hockey team. He graduated from high school in 1992 and Edinboro University of Pennsylvania in 1996, where he played club hockey.He served on animation staff on The Oblongs (2001) and Star Wars: The Clone Wars (2008) before working his way up to director on episodes of Avatar: The Last Airbender (2005). His work there stood out to Lucasfilm Animation when he was hired to oversee direction on Star Wars: The Clone Wars (2008). Due to his love for the franchise, he thought the initial phone call for the job was a practical joke. He worked alongside George Lucas on creating the series, which was canceled after six seasons when the Walt Disney Company acquired the studio. He was kept on staff to create Star Wars Rebels (2014), which continued the character arc of fan favorite Ahsoka Tano, originally introduced in Star Wars: The Clone Wars (2008). In 2017, he became the executive producer of all animated Star Wars series, including Star Wars: Forces of Destiny (2017).