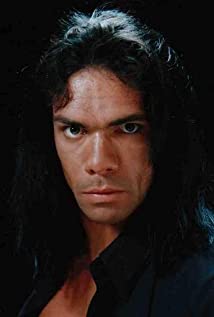 Darren Shahlavi was seven years old when he started training in martial arts in an old drama theatre in Manchester, England. Inspired by Bruce Lees films and other action movies such as Star Wars, he dreamed of being a movie actor and would show up to his Judo class at the drama hall early to watch the actors rehearsing and performing plays.When Darren was seventeen years old he attended a seminar for "Hong Kong style fight choreography", by Kung Fu star Donnie Yen, which gave him the confidence to pursue his dream of working in Hong Kong movies as a stepping stone to Hollywood. Then, in the early nineties, a young Shahlavi moved to Hong Kong where he began his career as a stuntman until Director Woo-Ping Yuen hired him as the lead villain in the Kung Fu classic Tai Chi Chuan. As a string of martial arts films followed, Darren also used his fighting skills as a stunt performer in studio blockbusters such as "Riddick", "Blade 3", "300", "Watchmen" and the "Night at the Museum" films, as well as supporting roles in Hollywood movies such as "I Spy" playing a boxer fighting Eddie Murphy, "The Final Cut" with Robin Williams, and guest star roles in TV shows such as "Sanctuary", "Human Target" and "Reaper."In 2010, Darren made a triumphant return to Hong Kong action films, co-starring opposite his childhood heroes Donnie Yen and Sammo Kam-Bo Hung in the Wilson Yip directed Ip Man 2 (2010). Shahlavi plays the evil British boxing champion "The Twister" in the semi-biographical story of Bruce Lee's real life kung fu master, Ip Man. The film opened to huge critical and commercial acclaim, becoming the most successful Asian film at the box office in 2010 and widely recognized as the biggest and best martial arts film of the past decade. Following Ip Man 2's successful theatrical run in the United States, Darren has a renewed following amongst action film fans with new films set for release in 2011 including "Born to Raise Hell" opposite Steven Seagal, "Hangar 14" with Steve Austin as well as starring roles in "Aladdin and the Curse of the Djinn" and Mortal Kombat for Warner Brothers.

Aladdin and the Death Lamp