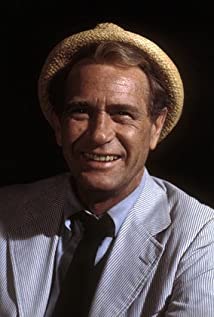 A remarkably seasoned actor of stage, screen and television, Darren McGavin has notched in excess of 200 performances; however, he is most fondly remembered by cult TV fans as heroic newspaper reporter Carl Kolchak in the classic but short-lived horror TV series Kolchak: The Night Stalker (1974). In a long and varied career, McGavin has often turned up as authority figures including policemen, military officers, stern-faced business executives or father figures; however, he is equally adept at light-hearted comedic performances.Darren McGavin was born William Lyle Richardson on May 7, 1922, in Spokane, Washington, to Grace Mitton (Bogart) and Reed D. Richardson. His mother was from Ontario, Canada. He received his dramatic arts training at New York's Neighborhood Playhouse and the Actors Studio, and debuted on screen in an uncredited role in A Song to Remember (1945). Several standard roles followed over the next decade before he landed the key role of Louie the drug pusher in The Man with the Golden Arm (1955) and Capt. Russ Peters in The Court-Martial of Billy Mitchell (1955), both directed by Otto Preminger. Each of these performances showcased McGavin's versatility, and his virile looks scored him the role of Mickey Spillane's hard-boiled private eye in Mike Hammer (1958).McGavin stayed continually employed throughout the 1960s, appearing in such films as The Great Sioux Massacre (1965), The Outsider (1967), The Challengers (1970) and The Tribe (1970). In addition, he was regularly guest-starring in dozens of TV shows, including Gunsmoke (1955), Dr. Kildare (1961), Mission: Impossible (1966) and The Man from U.N.C.L.E. (1964). In 1971 he landed the role of cynical reporter Carl Kolchak in the low-budget horror thriller The Night Stalker (1972), about a vampire running amok in Las Vegas. The film was a monster ratings winner (pun intended!) and the highest-rated telemovie of 1972, and original scriptwriters were soon hard at work on a punchier sequel. The Night Strangler (1973) saw Kolchak in Seattle (after being booted out of Las Vegas by the police), and this time on the trail of a serial killer seeking the elixir of eternal youth. The second movie was equally successful, and spawned the short-lived TV series Kolchak: The Night Stalker (1974) with Simon Oakland as McGavin's long-suffering editor and a host of weekly guest stars including Jim Backus, Phil Silvers, Richard Kiel, Tom Skerritt, Scatman Crothers and Larry Storch."Kolchak" only lasted one season, but it became a bona-fide cult classic, and many years later its premise of "the unknown amongst us" inspired writer Chris Carter to create the phenomenally successful long-running TV series The X-Files (1993), which saw McGavin guest-star in several episodes.McGavin remained busy throughout the rest of the 1970s and into the 1980s, appearing in Airport '77 (1977), as Gen. George S. Patton in the TV miniseries Ike: The War Years (1979), alongside Rock Hudson in the uneven sci-fi miniseries The Martian Chronicles (1980) and a few years later endeared himself to to a whole new generation of fans with his superb performance as the vitriolic, yet buffoonish, father in the delightful Christmas classic A Christmas Story (1983). The always versatile McGavin also popped up as a detective in Turk 182 (1985), assisted Arnold Schwarzenegger in cleaning up the mob in Raw Deal (1986) and was a doctor in the bizarre zombie/cop/zombie cop film Dead Heat (1988).At this point it's worth mentioning that, along with his film and TV work, McGavin has also enjoyed an illustrious career on the stage, with appearances in dozens of critically acclaimed productions across the length and breadth of the US. He has appeared in stage presentations of "Death of a Salesman", "The Rainmaker", "The King and I" and "Blood Sweat & Stanley Poole", to name a few.In 1990 the opportunity arose for McGavin to play another somewhat stern, yet comedic, father figure, this time as "Bill Brown" to Candice Bergen in the much loved sitcom Murphy Brown (1988). McGavin was again wonderful, and his entertaining performances resulted in an Emmy Award nomination in 1990. Several other film roles followed in the 1990s, in such films as Adam Sandler's hit Billy Madison (1995). He died on 25th February 2006 at the age of 83.

Child in the Night

In the Name of Blood