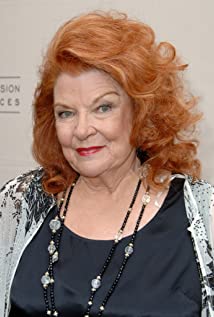 Darlene Conley has received two Emmy Award nominations as Outstanding Supporting Actress in a Drama Series for her portrayal of Sally Spectra on The Bold and the Beautiful (1987), a role she has played since December of 1988. She was also nominated for two Soap Opera awards from Soap Opera Digest as Outstanding Comic Performer in a Daytime Drama. She is of Irish-German heritage and grew up on Chicago's south side. At the age of 16, Darlene went on tour with the Chicago Uptown Circuit Players and the Playwrights Company. Her first leading man was Basil Rathbone, of Sherlock Holmes fame, and her first feature film was Alfred Hitchcock's masterpiece, The Birds (1963). She also appeared in prime-time series including Gunsmoke (1955) and The Mary Tyler Moore Show (1970), and in the mini-series Robert Kennedy and His Times (1985). Darlene's feature film credits include Faces (1968) and Tough Guys (1986), and stage credits include "Cyrano de Bergerac" and "Night Of The Iguana." She began her daytime drama career as bad girl Rose DeVille in The Young and the Restless (1973) on CBS before moving onto Capitol (1982), General Hospital (1963), and Days of Our Lives (1965). Darlene has one son and two stepsons.

Rudolph and Frosty's Christmas in July

Play It As It Lays