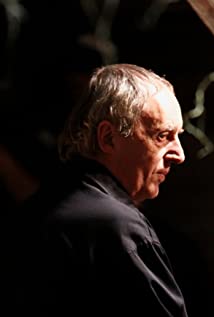 Dario Argento was born on September 7, 1940, in Rome, Italy, the first-born son of famed Italian producer Salvatore Argento and Brazilian fashion model Elda Luxardo. Argento recalls getting his ideas for filmmaking from his close-knit family from Italian folk tales told by his parents and other family members, including an aunt who told him frighting bedtime stories. Argento based most of his thriller movies on childhood trauma, yet his own--according to him--was a normal one. Along with tales spun by his aunt, Argento was impressed by stories from The Grimm Brothers, Hans Christian Andersen and Edgar Allan Poe. Argento started his career writing for various film journal magazines while still in his teens attending a Catholic high school. After graduation, instead of going to college, Argento took a job as a columnist for the Rome daily newspaper "Paese Sera". Inspired by the movies, he later found work as a screenwriter and wrote several screenplays for a number of films, but the most important were his western collaborations, which included Cemetery Without Crosses (1969) and the Sergio Leone masterpiece Once Upon a Time in the West (1968). After its release Argento wrote and directed his first movie, The Bird with the Crystal Plumage (1970), which starred Tony Musante and and British actress Suzy Kendall. It's a loose adoption on Fredric Brown's novel "The Screaming Mimi", which was made for his father's film company. Argento wanted to direct the movie himself because he did not want any other director messing up the production and his screenplay.After "The Bird With the Crystal Plumage" became an international hit, Argento followed up with two more thrillers, The Cat o' Nine Tails (1971), starring 'Karl Madlen' (qv" and 'James Fransiscus', and Four Flies on Grey Velvet (1971) ("Four Flies On Black Velvet"), both backed by his father Salvatore. Argento then directed the TV drama La porta sul buio: Testimone oculare (1973) and the historical TV drama The Five Days (1973). He then went back to directing so-called "giallo" thrillers, starting with Deep Red (1975), a violent mystery-thriller starring David Hemmings that inspired a number of international directors in the thriller-horror genre. His next work was Suspiria (1977), a surreal horror film about a witch's coven that was inspired by the Gothic fairy tales of the Grimm Brothers and Hans Christian Anderson, which he also wrote in collaboration with his girlfriend, screenwriter/actress Daria Nicolodi, who acted in "Profondo Rosso" ("Deep Red") and most of Argento's films from then to the late 1980s. Argento advanced the unfinished trilogy with Inferno (1980), before returning to the "giallo" genre with the gory Tenebrae (1982), and then with the haunting Phenomena (1985).The lukewarm reviews for his films, however, caused Argento to slip away from directing to producing and co-writing two Lamberto Bava horror flicks, Demons (1985) and Demons 2 (1986). Argento returned to directing with the "giallo" thriller Opera (1987), which according to him was "a very unpleasant experience", and no wonder: a rash of technical problems delayed production, the lead actress Vanessa Redgrave dropped out before filming was to begin, Argento's father Salvatore died during filming and his long-term girlfriend Daria broke off their relationship. After the commercial box-office failure of "Opera", Argento temporarily settled in the US, where he collaborated with director George A. Romero on the two-part horror-thriller Two Evil Eyes (1990) (he had previously collaborated with Romero on the horror action thriller Dawn of the Dead (1978)). While still living in America, Argento appeared in small roles in several films and directed another violent mystery thriller, Trauma (1993), which starred his youngest daughter Asia Argento from his long-term relationship with Nicolodi.Argento returned to Italy in 1995, where he made a comeback in the horror genre with The Stendhal Syndrome (1996) and then with another version of "The Phantom of the Opera", The Phantom of the Opera (1998), both of which starred Asia. Most recently, Argento directed a number of "giallo" mystery thrillers such as Sleepless (2001), The Card Player (2004) and Do You Like Hitchcock? (2005), as well as two gory, supernatural-themed episodes of the USA TV cable anthology series Masters of Horror (2005).Having always wanted to make a third chapter to his "Three Mothers" horror films, Argento finally completed the trilogy in 2007 with the release of Mother of Tears (2007), which starred Asia Argento as a young woman trying to identify and stop the last surviving evil witch from taking over the world. In addition to his Gothic and violent style of storytelling, "La terza madre" has many references to two of his previous films, "Suspiria" (1997) and "Inferno" (1980), which is a must for fans of the trilogy.His movies may be regarded by some critics and opponents as cheap and overly violent, but second or third viewin

All the Colors of Giallo

Yellow Fever: The Rise and Fall of the Giallo