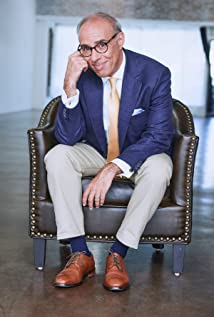 Darin De Paul has performed as an actor on Broadway, Off-Broadway, in regional theaters and on national tours. He has also done voice-overs for many national commercials. On film, Darin can be heard in "Shazam" as the voice of the Sins "Pride" and "Greed", as well as in "Goosebumps 2", "Ice Age" and "Robots". In the world of animation, Darin can be heard in Dreamworks "3 Below:Tales Of Arcadia" and "The Adventures Of Puss In Boots", in Amazon's "The Stinky & Dirty Show", on Cartoon Network's "We Bare Bears" and "Justice League Action" and in Blizzard Entertainment's animated Overwatch short "Honor And Glory". A prolific voice actor in video games, Darin has voiced characters in "Overwatch", "Spider-Man", "Final Fantasy XV", "Destiny 2", "DOOM", "Star Wars: The Old Republic", "CAll Of Duty:WW II", "Agents of Mayhem", "Middle Earth: Shadow Of War", and many others. Darin has also made many appearances on Geek & Sundry and Project Alpha in such shows as "Critical Role", "Sagas of Sundry", "Game Engine" and "Darin & Amy Have To Do A Morning Show".