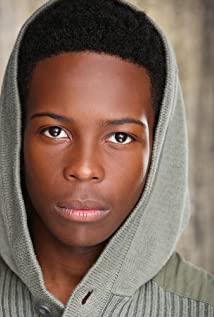 By only 16 years old Dante Brown had established himself as a bonafide "one to watch" talent in the entertainment industry, known not only for the diverse and engaging characters he has brought to life on screen, but also for excelling in music, dance and creating innovate online content to connect with Generation Z. This fall 2016 Dante can be seen on FOX's highly anticipated, new series "Lethal Weapon." Set to premiere just before Empire on September 21, the show is based off the 1987 film, and follows Roger Murtaugh [Damon Wayans Sr.] and Martin Riggs [Clayne Crawford] as a pair of mismatched L.A.P.D. detectives. Dante shines as Roger "R.J." Murtaugh Jr, Murtaugh's good but slightly rebellious teenage son who is trying to carve out his own place in the world outside of his parents' expectations.Born and raised in Chicago, Dante began acting and modeling as a baby, quickly landing campaigns for Keebler and Sears within a month of getting started. His bubbly and charismatic personality was nurtured by his parents, whom along with industry pros, identified the "it" factor in their baby boy. One of Dante's big breaks came when he was only 5 years old, when he caught the attention of Oprah Winfrey. After auditioning with over 500 children, Dante was chosen to appear on The Oprah Winfrey Show's first "Amazing Kids" episode, featuring Jay Leno as host. Dante was able to showcase his talents in comedy, acting and dance. His performance on the show solidified him as one of Oprah's "All-Time Smartest and Most Talented Kids." By 2012 Dante had become a popular face in Young Hollywood, racking up dozens of credits in television and film and embracing his new nickname deemed by casting directors and growing fans, a "Young Denzel Washington".His first feature, the Lifetime movie "America" which he appeared alongside Rosie O'Donnell, landed him a Young Artist Award Nomination in 2009 for "Best Performance in a TV Movie, Miniseries or Special - Supporting Young Actor." It was only up from there, as Dante went on to appear on a plethora of TV series including NBC's "Law & Order: Special Victims Unit," Michael Bay and TNT's "The Last Ship," Showtime's "Shameless," Nickelodeon's "Henry Danger," NBC's "Community," NBC's "Southland," and CBS' "NCIS: Naval Criminal Investigative Service," to name a few. Dante held his first series regular role in 2015, co-starring opposite comedian Craig Robinson on NBC's "Mr. Robinson." On the film front, Dante made his feature debut in 2012 appearing alongside Oscar Nominated, Emmy Winner Viola Davis and Maggie Gyllenhaal in "Won't Back Down" for Twentieth Century Fox Films. Summer 2016 placed Dante in production filming the short, Black Doves, as one of the lead characters alongside his brother Dusan Brown.When not on set you can find Dante in the recording studio, laying down tracks under his moniker "DanteThePoet." A Grammy Camp alumni and independent artist, Dante takes the blueprint of Childish Gambino, the lyricism of Kendrick Lamar, and the hustle-nomics and genius of Kanye West, to create a sound that is on the forefront of hip hop music, inspiring and uplifting other post-millennial teens, like himself. As to be expected, Dante's working on recording his debut album, and plans to release his 2nd mixtape, "Bipolar" as a Back to School event via www.Soundcloud.com/DanteThePoet.Dante also has a passion for creating scripted projects - over the past few months he's been writing his first animated series which he hopes to be able to pitch to networks, within the year, and is the co-creator of Talking with The Brown Boys [YouTube Webisode] alongside his younger brother Dusan. Although acting has been Dante's bread and butter over the years, his music, a strong second, Dante is also a self taught dancer, taking first place at the Monsters of Hip Hop Freestyle Battle, and has future plans and aspirations to launch an innovative, cool teen clothing line.On the charity front, Dante has big ideas for how he wants to give back to the community in the near future including launching a youth concert entitled DanteThePoet + Friends, which will showcase local teen, rising stars, and provide youth a fun, safe place to gather with their friends every month. In today's political climate with police brutality on the rise, gun violence, gang violence, and teen drug abuse, Dante has made it a personal goal to set a good example for youth, bringing awareness to various organizations who work to uplift young, Black men and women in Dante's hometown of Chicago, as well as where he resides with his family, Los Angeles.