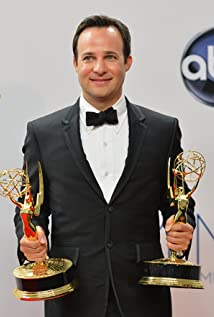 Danny Strong started his career as an actor in numerous classic films and TV shows such as Buffy The Vampire Slayer and Gilmore Girls, then transitioned into screenwriting, exploding onto the scene with his 2007 script Recount which was #1 on the Hollywood Blacklist and became an award winning HBO Film. Since then he has become a prolific film and TV writer, director and producer, garnering numerous awards for various projects, including two Emmys, a Golden Globe, two WGA awards, a PGA Award, and the Peabody Award.Through out his career he has shown a wide range and versatility moving between mediums and genres with films like the political docudramas Recount and Game Change, the civil rights epic The Butler and the big budget action blockbusters Hunger Games: Mockingjay (Part I and II). He co-created the smash hit TV show Empire which won him the NAACP Image Award and he produced the civil rights drama The Best of Enemies starring Taraji P. Henson and Sam Rockwell. He has also written numerous theater projects having made his theatrical debut with a new book to the musical Chess that premiered at the Kennedy Center.Strong transitioned into directing with several episodes of Empire. He made his feature directorial debut with Rebel in the Rye that premiered at the Sundance Film Festival and was distributed by IFC Films. Over the years he has continued his acting career with recurring roles in many highly acclaimed TV shows including Mad Men, Girls, Justified, Billions and The Right Stuff. He grew up in Manhattan Beach, California and attended the USC School of Dramatic Arts.