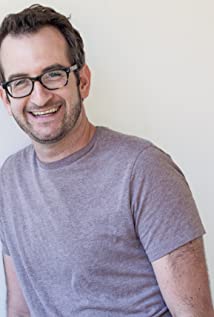 Born on March 10th, 1982 in St. Louis, Missouri, Danny Jacobs studied theater and international relations at Stanford University. Since then, he has gone on to become an award winning actor, writer and director. Alongside his writer and directing partner, Darren Grodsky, Danny made his debut narrative feature with Humboldt County. The film stars Jeremy Strong, Chris Messina, Frances Conroy, Fairuza Balk, Brad Dourif, and Peter Bogdanovich and was an official selection in the 2008 SXSW Film Festival. Additionally, the film won the audience award at the Idaho International Film Festival as well as the Ibiza International FilmFestival. Magnolia Pictures released the film theatrically in 2008. Danny's sophomore film as a writer/director was Growing Up and Other Lies, in which he starred alongside Adam Brody, Josh Lawson, Amber Tamblyn and Wyatt Cenac. That film was released theatrically by eOne Entertainment.As an actor Danny starred alongside Harland Williams (Dumb and Dumber) and Greg Pitts (Office Space) in Fox's Bachelor Party 2: The Last Temptation, a sequel to the 1980s hit with Tom Hanks. Additionally, Danny played a lead role in Sony Pictures' The Cavern, directed by Olatunde Onsunsamni (The Fourth Kind). On TV, Danny has recurred on Masters of Sex, Andi Mack and more recently, On Becoming a God in Central Florida.