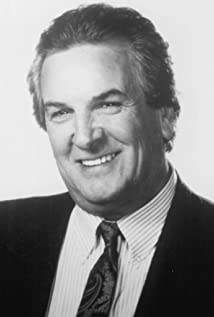 Danny Aiello was an American actor of Italian descent, and enjoyed a lengthy career in film. He was once nominated for the Academy Award for Best Supporting Actor, for his role as Salvatore "Sal" Frangione in the comedy-drama film "Do the Right Thing" (1989).Aiello was born in Manhattan, New York City on June 20, 1933. His parents were laborer Daniel Louis Aiello and seamstress Frances Pietrocova. Frances eventually lost her eyesight, and became legally blind.. In response, Daniel abandoned his wife and six children. Danny resented his father's actions and would later refuse relations with him for decades. The two reconciled in 1993, when Danny was 60-years-old.In 1940, Aiello moved to South Bronx. He was educated at James Monroe High School, located in the Soundview section of the Bronx. In 1949, Aiello dropped out of school and joined the United States Army. He was only 16-years-old, and lied about his age in order to enlist. Aiello served in the army for 3 years, and he was discharged in 1952. He returned to New York City, where he supported himself through various jobs.In 1955, Aiello married Sandy Cohen. They had four children, including actor Danny Aiello III (1957-2010). In the 1960s, Aiello worked for Greyhound Lines, an intercity bus common carrier. He served as president of New York Local 1202 of the Amalgamated Transit Union, a labor organization representing the company's workers.In 1967, Greyhound Lines changed its bus driver schedules, and Aiello led the workers to protest in a wildcat strike. The strike lasted for a single day. It lacked the authorization by the parent labor union, and Aiello was suspended for his actions.Aiello eventually pursued an acting career, and started appearing in films during the early 1970s. His earliest credited role was playing baseball player Horse in the sports drama "Bang the Drum Slowly" (1973), at the age of 40. He worked alongside up-and-coming actor Robert De Niro (1943-), who gained acclaim for his performance in the film.Aiello had a minor role as small-time gangster Tony Rosato in the crime film "The Godfather Part II" (1974). His one scene had him performing a hit on high-ranking gangster Francesco "Frank" Pentangeli (played by Michael V. Gazzo), who had betrayed the Corleone family. Aiello ad-libbed the line "Michael Corleone says hello!"Aiello eventually had a co-lead role in the neo-noir "Defiance" (1980), as one of of several people who join forces against a powerful gang. Also in 1980, he played Dominic Ginetti in "A Family Of Strangers", an ABC Afterschool Special. For his role, he won a Daytime Emmy Award for Outstanding Performer in Children's Programming, the first of several awards in his acting career.He gained further acclaim for his role as the cop Morgan in the crime drama "Fort Apache, The Bronx" (1981). He played a corrupt police chief in the crime drama "Once Upon a Time in America" (1984), and the character was named after him as "Vincent Aiello". In this role, Aiello performer along Robert De Niro again, as De Niro was the film's lead actor.Aiello performed in two films directed by Woody Allen (1935-). The first was the fantasy comedy "The Purple Rose of Cairo" (1985), where Aiello played the abusive husband Monk. The second was the comedy-drama "Radio Days" (1987).Aiello gained a supporting role in the detective television series "Lady Blue" (1985-1986). He played police lieutenant Terry McNichols, a leading member of the Violent Crimes Division of the Chicago Police Department, and the boss of protagonist Katy Mahoney (played by Jamie Rose). McNichols was portrayed as a boss appreciative of Mahoney's unorthodox methods of investigation, but concerned by her overly violent behavior.The series initially received high-ratings, but was considered as too violent for television. It attracted protests by watchdog organization, such as the National Coalition on Television Violence. When ratings fell, the series was canceled. The series lasted for a single season, and 14 episodes. Aiello would not gain a recurring television role again until the late 1990s.Aiello played the protagonist's father in the video clip "Papa Don't Preach" (1986), based on a hit song by Madonna (1958-). He then recorded his own answer song, called , "Papa Wants the Best for You".In 1987, Aiello played the protagonist's fiance Johnny Cammareri in the romantic comedy "Moonstruck. It was a then-rare sympathetic role for him. His role was critically well-received.Aiello gained his most acclaimed role when cast as pizzeria owner Salvatore "Sal" Fragione in the comedy-drama film "Do the Right Thing" (1989), concerning racial tensions in Brooklyn,. He was nominated for the Academy Award for Best Supporting Actor, but the award was won by rival actor Denzel Washington (1954-). He was also nominated for the Golden Globe Award for Best Supporting Actor in a Motion Picture, but this award was also won by Denzel Washington., The film critics' associations of Boston, Chicago an