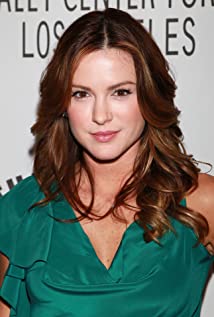 Danneel Ackles (born Elta Danneel Graul, she went by Danneel Harris professionally until after her marriage to Jensen Ackles) was born on March 18, 1979, in Lafayette, Louisiana is an American actress and model. The name "Danneel" was inspired by Danneel Street in New Orleans. She is known for her roles as Shannon McBain on the American daytime soap opera One Life to Live (1968) and as Rachel Gatina on the WB/CW television drama series One Tree Hill (2003).Graul/Ackles was born and raised in Louisiana before moving to Los Angeles to study acting. She did some modeling work and in 2004 landed a role in the small independent film The Plight of Clownana (2004), a film was co-produced by her husband. She also had guest roles in a number of TV series, and a recurring role as Rachel on the CW's One Tree Hill (2003).She has appeared in episodes of a number of TV Shows including, NCSI, CSI and How I Met Your Mother. Her other films include Harold & Kumar Escape from Guantanamo Bay (2008), A Very Harold & Kumar 3D Christmas (2011), and Fired Up! (2009). Danneel co-starred with Jensen in Ten Inch Hero (2007) which they filmed in 2006. n May 2009, Harris was announced to have been cast in the Screen Gems Thriller film, The Roommate (2011).