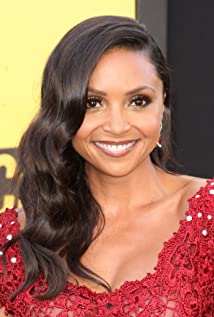 Raised in a working-class Ohio town, Danielle Nicolet moved with her family to southern California to train in gymnastics. She competed through her teenage years, but finally admitted that acting was her dream. She has always played unpredictable characters, whether they be dramatic or comedic. Early on she appeared most notably in National Lampoon's Loaded Weapon 1 (1993), The Jacksons: An American Dream (1992), Where Truth Lies (1996), Shadow of Doubt (1998) and Race (1998). She spent six seasons as "Caryn" on the Emmy-winning sitcom 3rd Rock from the Sun (1996), and has since established herself as a truly versatile and engaging star. In 2005 Entertainment Weekly named her "the breakout star of the network" for her turn on the sitcom Second Time Around (2004). She has since twice been deemed "favorite character to watch" for her work as the cross-bearing head of the ICU on the TNT hospital drama, Heartland (2007) and as the insecure and oversexed pal of Debra Messing and Judy Davis on the USA Network series The Starter Wife (2008). Danielle has also appeared in the films Ticking Clock (2011), Alpha Males Experiment (2009) and Rocker (2006).