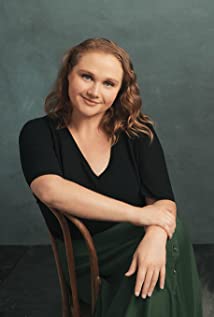 Danielle Macdonald was born and raised in Sydney, Australia. At the age of 18, she moved to Los Angeles to pursue acting full-time.Audiences know Danielle for her breakout role as 'Patti' in Fox Searchlight's Patti Cake$ as well as the title character opposite Jennifer Aniston in Dumplin'. Macdonald also appeared opposite Sandra Bullock in Netflix's runaway hit, Bird Box. Additionally, she appeared in Fox Searchlight's Oscar-winning short film, Skin, opposite Jonathan Tucker. She also appears in the feature version of A24's Skin, with Jamie Bell, as well as Paradise Hills with Emma Roberts and Awkwafina.She starred in Netflix's Unbelievable which has garnered critical acclaim and a Golden Globe nomination.The Savannah Film Festival honored her in 2019 where she received the Rising Star Award.Macdonald recently played the iconic role of Lillian Roxon in the film I Am Woman which premiered at the Toronto Film Festival in 2019. She next stars in the romantic comedy Falling For Figaro from director Ben Lewin which just premiered at the 2020 Toronto Film Festival in the Industry Selects section. Macdonald also appears in the Sony Pictures Classics' film French Exit, where she stars alongside Michelle Pfeiffer, Lucas Hedges, and Tracy Letts. The film debuts closing night of the 2020 New York Film Festival and will be released in theaters February 12, 2021.