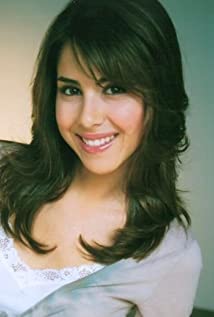 Monet was born in West Hills, California. She has performed on the small screen in numerous television commercials beginning at the age of seven. In 1997, she had a guest appearance in an episode of Pacific Blue. In 2003, she landed recurring roles on the television series American Dreams, The Bernie Mac Show and 8 Simple Rules. She was eventually cast as Megan Kleinman on the short-lived CBS sitcom Listen Up!, where she starred alongside Jason Alexander. She also guest-starred on Zoey 101 as Chase's ex-girlfriend Rebecca. In 2007, she appeared in the film Nancy Drew and family comedy film Taking 5. She also appeared in the 2006 horror film Simon Says with Crispin Glover.As of 2010, Monet stars in the Nickelodeon sitcom Victorious as Trina Vega. It was announced in July 2011 that Monet would be joining the cast of the new Nickelodeon film based on their series The Fairly OddParents, A Fairly Odd Movie: Grow Up, Timmy Turner!. She plays the role of the main character's love interest, Tootie, opposite Drake Bell.Most recently, she played Bertha, the deuteragonist and best friend of Fred Figglehorn, in Fred 2: Night of the Living Fred. (The role of Bertha in the original Fred film was played by iCarly's Jennette McCurdy). Monet currently stars in two shows at once.

Fred 2: Night of the Living Fred