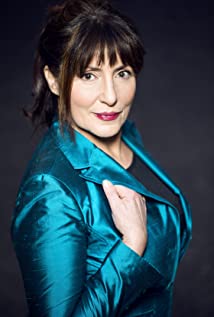 Daniela Giordano, actress, director, writer. She graduated from the National Academy of Dramatic Arts " Silvio d'Amico" in Rome. The short film "Whose is the Land?" (2018) is her first time filmmaker. She acts in many famous Theatre companies directed by internationally renowned directors such Luca Ronconi, Jury Lijubimov, Benno Besson; in Cinema also directed by Gianni di Gregorio (Buoni a nulla), Giuseppe Piccioni (Chiedi la luna), Peter Del Monte (Piccoli fuochi); in Television also directed by Gianluca Maria Tavarelli ( Borsellino), Maurizio Zaccaro (Cuore), Giacomo Battiato (Karol Wojtiwa), Marco Pontecorvo (Aladine and Sharazade) Theatrical plays written, directed and performed by her have been presented in Italy, Europe, Africa, United States and Canada Her artistic research has always been characterized by a strong social and civic engagement to which is added the capacity to investigate and a strong visual impact. Her work has been the subject of thesis at the Academy of Fine Arts in Carrara in the 2001. In 2009 she is appointed president of the Jury of the XXI Cairo International Festival for Experimental Theatre and Member of the International Jury of the XVII Damascus Film Festival.

One Thousand and One Nights