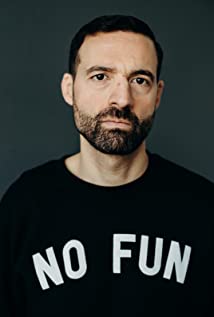 Daniel Stolfi started his acting career in 2005 after graduating from the University of Guelph Theatre Program. In 2008 at the age of 25, Stolfi was diagnosed with Non-Hodgkin's Lymphoma. After fighting the illness for the next two years of his life, he returned to the stage with his Canadian Comedy Award Winning solo show, "Cancer Can't Dance Like This" which played in every major city across the country. An Actor, Writer, Producer and Comedic Performer, Stolfi has penned, produced and starred in a number of short films which have played at festivals all around the world. Stolfi is also known for his work in the award winning series, "The Amazing Gayl Pile." Stolfi is a graduate of The Second City Conservatory Program and has studied Comedy in New York City with the Upright Citizens Brigade. Daniel co-founded, You and Me Entertainment, with his partner and wife, Jennifer De Lucia, to create original comedic content for the stage and the screen. www.youandmeent.com