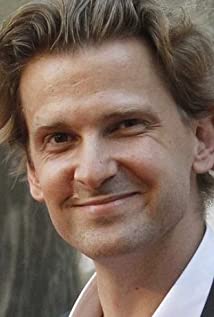 Daniel was born and raised in Hamburg, Germany, where as a teenager he was host of a radio show and editor of a youth magazine. He toured with a theater, studied drama and published a play before he went to Belfast, Northern Ireland, as a peace worker. Two years later he returned to Germany to go to film school and study screenwriting at the Filmakademie Baden-Wuerttemberg in Ludwigsburg. He wrote a TV movie which got nominated for Germany's most prestigious media award and directed a documentary on rock musician Nick Cave. Daniel moved to Los Angeles and graduated from the American Film Institute's directing program. His thesis film got nominated for the ASC award. In the following three years he made short films, wrote songs for local singers, sat on a film festival jury in Kosovo, became a certified hypnotist and hitch-hiked across the US. In 2008 Daniel's first feature film, 'A Necessary Death', premiered at SXSW in Austin, Texas, before winning the audience award at AFI Fest later the same year. His second feature, 'The Last Exorcism', premiered at the Los Angeles Film Fest in 2010, was distributed by Lionsgate and grossed over $65mio worldwide. The film and/or its actors got nominated for the People's Choice Award, two Independent Spirit Awards and an MTV Movie Award. It won an Empire Award as well as awards in Sitges and Toronto.