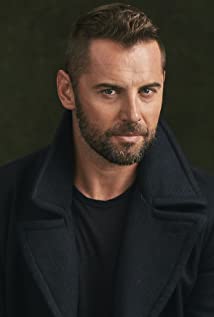 Daniel was born in Sydney, Australia, and attended the prestigious Sydney Boys High School. A talented student and athlete, his professional acting debut came in 1998 in Australian drama 'Neighbours'. The role of Joel Samuels was written specifically for him. In almost four years on the show, Daniel won a Logie Award for Most Popular New Talent, and in 2001 was nominated for Most Popular Actor.In 2002 Daniel moved to London to star in the stage musical 'Godspell' in which he alternated the roles of Jesus and Judas nightly. He revisited this Biblical theme in 2004, again playing the role of Jesus in 'The Mysteries' onstage opposite revered UK actor Edward Woodward.While in London, Daniel also starred in UK Television favorite 'The Bill' as PC Cameron Tait (2003-2005) and in 2004 was Nominated for a British Television Award for Best Newcomer.Upon returning to Australia in 2005, Daniel starred in UK-Australian Co Production 'Tripping Over' and has since proving his enduring popularity, playing Detective Simon Joyner in 'City Homicide', the number 1 show in Australia in 2007. In 2009 he completed his final scenes on the popular police dramaIn 2010 Daniel played the role of Jason Oliver in film The Cup, before taking the lead role in Channel 7 Western 'Wild Boys' in 2011.Daniel received a silver Logie Nomination for his work on Wild Boys.2012 saw Daniel relocate to Los Angeles to pursue his acting career.In 2013/14 Daniel filmed the lead role in Shane Abbess' sci-fi film Infini, a breakout lead role for him, where he was universally praised for the intensity of performance.Almost immediately after Daniel was cast in the role of Arion Ellessedil in MTV's big budget fantasy series The Shannara Chronicles, released globally in January 2016 and renewed for a second series in 2017.Daniel has recently completed filming in the lead role of Lt. Kane Somerville in ambitious futuristic feature SFv1 alongside Kellan Lutz, Isabel Lucas, Rachel Griffiths and Temuera Morrisson, set for a 2017 release.Also in 2016 Daniel has recently completed an impressive arc on upcoming FOX series A.P.B starring Justin Kirk and Natalie Martinez, as well as playing the lead role in US indie film Generational Sins and working opposite Levi Miller on Ava DuVernay's A Wrinkle in Time, set for a 2018 release.Never one to sit still, Daniel is also one of the most renowned live television hosts in Australia, having hosted multiple series of juggernauts such as Dancing with the Stars and X Factor.In his spare time has raced triathlons and marathons for over 20 years. He has represented Australia at amateur level at 3 world championship distances, and raced the famous Hawaiian Ironman triathlon. Dan raced the Ironman 70.3 Triathlon World Championships in Las Vegas in September 2013, and raced his 8th Ironman triathlon in early 2015. He has run the London, Gold Coast and LA marathons, just to name a few, raising money for charity along the way. For now though his focus is firmly on his acting career, and like Daniel himself, its showing no signs of slowing down.