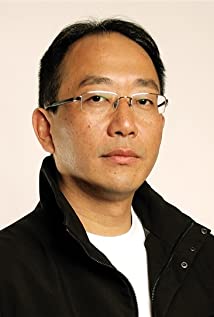 Daniel Lee, known as his Cantonese name Yan-Kong Lee, is a Hong Kong film director. From the age of ten, he learned calligraphy and traditional Chinese painting, and become a protege of the famous Hong Kong painter Fan, Zideng. He also masters Judo and was awarded in the local competitions. Lee has been fascinated by the Wuxia world since his childhood by reading Wuxia novels and watching martial art films, both of which were popular in Hong Kong at the time.After he received a bachelor degree in communication and arts from the University of Windsor, Canada, Daniel Lee returned to Hong Kong and became a director of television series. He also worked as an assistant for the famous film director Ann Hui when filming The Romance of Book and Sword (1987), which is based on Louis Cha's classic Wuxia novel. In early the 90s, Lee's talents in film-making was noticed by the master of Wuxia film, Cheh Chang, who later recognized that himself, Hark Tsui, and Daniel Lee are the "three generations of Wuxia film-making." Lee's film is characterized with the heavy black costumes and visual style, with the extreme emphases on masculinity as well as the bond of brotherhood, in which reflects the director's perspective of romanticism.

Song of the Assassins