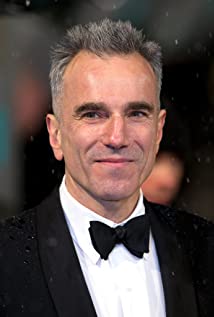 Born in London, England, Daniel Michael Blake Day-Lewis is the second child of Cecil Day-Lewis (pseudonym Nicholas Blake), Poet Laureate of the U.K., and his second wife, actress Jill Balcon. His maternal grandfather was Sir Michael Balcon, an important figure in the history of British cinema and head of the famous Ealing Studios. His older sister, Tamasin Day-Lewis, is a documentarian. His father was of Northern Irish and English descent, and his mother was Jewish (from a family from Latvia and Poland). Daniel was educated at Sevenoaks School in Kent, which he despised, and the more progressive Bedales in Petersfield, which he adored. He studied acting at the Bristol Old Vic School. Daniel made his film debut in Sunday Bloody Sunday (1971), but then acted on stage with the Bristol Old Vic and Royal Shakespeare Companies and did not appear on screen again until 1982, when he landed his first adult role, a bit part in Gandhi (1982). He also appeared on British television that year in Frost in May (1982) and BBC2 Playhouse: How Many Miles to Babylon? (1982). Notable theatrical performances include Another Country (1982-83), Dracula (1984) and The Futurists (1986).His first major supporting role in a feature film was in The Bounty (1984), quickly followed by My Beautiful Laundrette (1985) and A Room with a View (1985). The latter two films opened in New York on the same day, offering audiences and critics evidence of his remarkable range and establishing him as a major talent. The New York Film Critics named him Best Supporting Actor for those performances. In 1986, he appeared on stage in Richard Eyre's "The Futurists" and on television in Eyre's production of Screen Two: The Insurance Man (1986). He also had a small role in a British/French film, Nanou (1986). In 1987, he assumed leading-man status in Philip Kaufman's The Unbearable Lightness of Being (1988), followed by a comedic role in the unsuccessful Stars and Bars (1988). His brilliant performance as Christy Brown in Jim Sheridan's My Left Foot (1989) won him numerous awards, including the Academy Award for Best Actor.He returned to the stage to work again with Eyre, as Hamlet at the National Theater, but was forced to leave the production close to the end of its run because of exhaustion, and has not appeared on stage since. He took a hiatus from film as well until 1992, when he starred in The Last of the Mohicans (1992), a film that met with mixed reviews but was a great success at the box office. He worked with American director Martin Scorsese in The Age of Innocence (1993), based on Edith Wharton's novel. Subsequently, he teamed again with Jim Sheridan to star in In the Name of the Father (1993), a critically acclaimed performance that earned him another Academy Award nomination. His next project was in the role of John Proctor in father-in-law Arthur Miller's play The Crucible (1996), directed by Nicholas Hytner. He worked with Scorsese again to star in Gangs of New York (2002), another critically acclaimed performance that earned him another Academy Award nomination for Best Actor.Day-Lewis's wife, Rebecca Miller, offered him the lead role in her film The Ballad of Jack and Rose (2005), in which he played a dying man with regrets over how his wife had evolved and over how he had brought up his teenage daughter. During filming, he arranged to live separate from his wife to achieve the "isolation" needed to focus on his own character's reality. The film received mixed reviews. In 2007, he starred in director Paul Thomas Anderson's loose adaptation of Upton Sinclair's novel "Oil!", titled There Will Be Blood (2007). Day-Lewis received the Academy Award for Best Actor, BAFTA Award for Best Actor in a Leading Role, Golden Globe Award for Best Actor - Motion Picture Drama, Screen Actors Guild Award for Outstanding Performance by a Male Actor in a Leading Role, and a variety of film critics' circle awards for the role. In 2009, Day-Lewis starred in Rob Marshall's musical adaptation Nine (2009) as film director Guido Contini. He was nominated for the Golden Globe Award for Best Actor - Motion Picture Musical or Comedy and the Satellite Award for Best Actor - Motion Picture Musical or Comedy.

There Will Be Blood

The Ballad of Jack and Rose