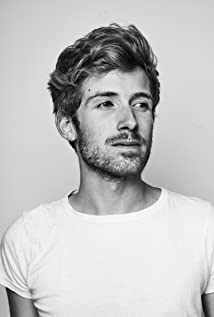 Daniel David Stewart was born and raised in Southern California, and has been working as an actor for nearly a decade. Getting his professional start in theatre during his teens, he then transitioned to television and film work after his critically acclaimed performance as Hally in Master Harold...And The Boys, for which he won an Indy award for best performance by a lead actor. Recent feature film roles include Oliver Gingerfield in Kids Vs. Monsters and Willis in The Sound Of Magic. Other films include The Hair Cut, Incident(s) At Paradise Bay, Last Seen, and Reverie. Television appearances and guest starring roles include The Middle, Cougar Town, The Goodwin Games, Man Up!, Miss Mustard Glade, and This Just In. His professional theatre credits include: Spring Awakening, David Cromer's Our Town (with Helen Hunt) at The Broad Stage, Phaeton in Metamorphoses at Ensemble Theatre Company, Pete in the Burnt Part Boys (West Coast Premiere) at Third Street Theater, Originated the role of Smike in Little Miss Scrooge (World Premiere) at Rubicon Theatre Company, Dominic in Belfry (West Coast Premiere), Denny in Sixty Miles To Silverlake (West Coast Premiere), Prince John in The Lion In Winter, Leamy in The Field at Theatre Banshee , The Kid in Last Days of Mary Stuart (World Premiere), and as John Taplow in L.A. TheatreWorks production of The Browning Version which is part of their Audio Theatre Collection and Radio Theatre Series that can be heard on National Public Radio. Daniel is a graduate of the Second City Conservatory Program, and was a founding member of the improve group known as "The Brigade". He also has a passion for writing, and has written three solo shows, two sketch shows, and a recently completed screenplay. He also continues to train in various disciplines all over Southern California, while enjoying other interests, such as singing and songwriting. Daniel is a proud member of AEA and SAG-AFTRA.