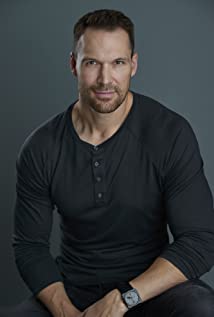 Born in Vancouver and raised in Squamish, British Columbia, Daniel grew up in an athletic household. The middle of three boys, Daniel excelled at a number of different sports including ski racing, snowboarding, football and rugby. However, in addition to his vast interest in athletics, Daniel always had a passion for the arts. He took drama classes and performed in school and local theatre productions while his athleticism earned him a Football Scholarship to Gannon University. Unfortunately, his sports career was cut short due to a devastating injury while on the field. It was at this crucial crossroad that Daniel decided to move back to Vancouver and focus his attention on his other passion, acting. Daniel's breakout role came shortly after he made the transition from college star to actor, when Bryan Singer cast him alongside Patrick Stewart, Hugh Jackman, Sir Ian McKellen, and Halle Berry in the superhero film X2: X-Men United (2003), as Colossus, the strongest member of the X-Men team. Daniel's character was brought back in the film's sequel X-Men: The Last Stand (2006). He has since showcased his extraordinary talents on numerous television shows including Stargate SG-1 (1997), Supernatural (2005), and Psych (2006). However, it is Daniel's role as Felix in the popular Summit Entertainment film franchise The Twilight Saga that has given this actor international recognition. Off screen, Daniel has the same strength and physicality as his well-known characters. A glorified outdoorsman, this 6'6'' actor spends a great deal of time enjoying recreational activities including skiing, snowboarding, riding motor bikes and motor cycles, mountain biking and is a huge supporter of the Canadian National Rugby team, where his brother Jaime plays as a forward.Daniel has appeared in blockbuster films from hit series: The Twilight Saga and X-Men. Next up, see him reprise his role as Felix, the all-powerful Volturi guard in The Twilight Saga: New Moon (2009) and The Twilight Saga: Eclipse (2010), as he is once again bringing the larger than life character to the big screen in the last two installments of the Saga, The Twilight Saga: Breaking Dawn - Part 1 (2011) and The Twilight Saga: Breaking Dawn - Part 2 (2012). Additionally, Daniel has a leading role in the independent thriller Rites of Passage (2012). He shares the screen with seasoned actors Christian Slater, Stephen Dorff and Wes Bentley in the film about a young anthropology student seeking a traditional ceremony to mark his entry into manhood. He also has a role in the highly anticipated drama The Baytown Outlaws (2012) alongside Billy Bob Thornton, Paul Wesley and Eva Longoria. The movie, which was on the 2009 "Black List" of Hollywood's best unproduced movie projects, is about a federal agent who comes into a small Southern town to investigate the Oodies - three redneck brothers who get more than they bargained for after agreeing to help a woman get her son back from his seemingly abusive father.

Devil in the Dark

All of My Heart