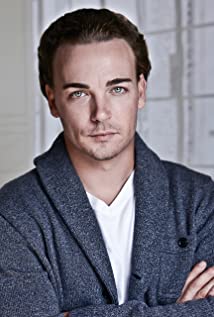 Born in Chicago, Illinois, Daniel's first role was as "Chip" in a stage production of Disney's Beauty and the Beast in 1997. Clark has made a number of appearances on TV series, including Eerie Indiana: The Other Dimension, Goosebumps, Are You Afraid of the Dark? and ER. He also has had featured roles in films like Grizzly Falls and Model Behavior. Clark is perhaps best known for his portrayal of Sean Cameron on Degrassi: The Next Generation which he starred on for six seasons.An actor, journalist and business owner, Daniel Clark studied political science at New York University. In his junior year, he landed an internship with MSNBC's The Rachel Maddow Show. He graduated with honors and was hired by ABC World News Tonight with Diane Sawyer. He has produced daily news, feature stories, and published dozens of articles for major broadcast networks.He also made an appearance in the hit feature film Juno and co-starred in a Hallmark movie opposite Amber Tamblyn called The Russell Girl. Clark is the winner of the 2002 Young Artist Award for "Best Ensemble Actor", having been nominated again in 2003 and 2006. He was also nominated in 2000 for "Best Performance in a TV Comedy Series" as "Supporting Young Actor" for his part in I Was a Sixth Grade Alien. He was also nominated in 2002 for the Gemini Award for "Canada's Hottest Star". Clark currently lives in Toronto, Canada.

Are You Afraid of the Dark?