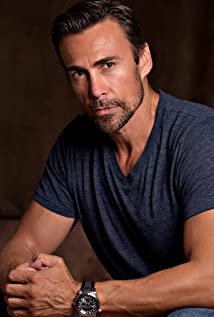 Daniel Bernhardt was born on the 31st August 1965 in Worblaufen, Bern in Switzerland. After finishing high school, he studied architectural design for four years and graduated in Bern. At the same time he opened a martial arts school with his brother. After completing his studies, Daniel moved to Paris and started to work as model. He worked for such designers as Montana, Mugler, Boss,Cerruti, Versace, Jaene Barnes and was published in the magazines Vogue, Elle, Max, Interview, Cosmopolitan and later, he established himself as a international Top Model. Later, Bernhardt moved to New York where he was cast to co-star with Jean-Claude Van Damme in Bruce Weber's TV spot "Looking for Kicks" for Gianni Versace. Producer Marc Di Salle who launched Van Damme's carrier with Bloodsport and Kickboxer, discovered Daniel Bernhardt and cast him to star in the sequel Bloodsport II (1996) which was his debut, opposite such actors as Pat Morita and James Hong, including comic relief big guy Donald Gibb and Taekwondo champion Philip Tan. The same year, a sequel Bloodsport III (1996) was released, again with Morita and James Hong, including John-Rhys Davies, and 9th degree black belt Taekwondo master Hee II Cho. From that point, Daniel began his career as action star on low budget films. His next films were Future War (1997), opposite Robert Z'Dar, Black Sea Raid (1997), True Vengance (1997), with Miles O'Keeffe and Beverly Johnson and Perfect Target (1997) with Robert Englund and Brian Thompson. After these films, Daniel's interest in acting became bigger and he started to study acting in Los Angeles under Harry Mastrogeorge. So, he continued with G2 (1998), again with James Hong, Bloodsport 4: The Dark Kumite (1999), the last one in the series, this time against Brazilian JuJutsu champion Stefanos Miltsakakis. He appeared on TV series "Mortal Kombat: Conquest", as Siro, and it was followed by Global Effect (2002) and a mega hit "Matrix" sequel Matrix Reloaded (2003), where he appeared as upgraded agent Johnson, where he had an awesome fighting scene with Laurence Fishburne on the large truck, he has worked with other great names in this film, such as Keanu Reeves, Carrie-Anne Moss, Hugo Weaving, Monica Bellucci, Lambert Willson and Jada Pinket Smith. He also lent his voice to agent Johnson in Enter The Matrix video game. The same year he filmed an action independent film, titled The Librarians (2003), where he co-starred with William Forsythe, Burt Reynolds, Erika Eleniak, Andrew Divoff, Amaury Nolasco, Christopher Atkins, Ed Lauter and Matthias Hues (whom he had a fight in the film). He worked on Children of Wax (2005), The Cutter (2005), opposite Chuck Norris and Joana Pacula, Ultimate Champion (2009) and Foodfight! (2009).Bernhardt is married to Lisa Stothard. He became a father to his first daughter, with Lisa, on May 15, 2003, the night after the premiere of The Matrix Reloaded (2003), and said in a TV interview that it is no question what has been more important in his life: The birth of his daughter changed his attitude towards responsibility and love forever.