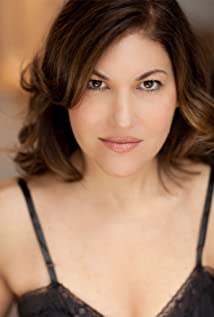 Dana Segal grew up in the city of Chicago, where she attended the prestigious Francis W Parker School (other notable alums include Daryl Hannah, Anne Heche and Jennifer Beals). She attended college at the University of Wisconsin, Madison before moving to London to study classical theatre at The Royal Academy of Dramatic Arts. She has performed at The Edinburgh Fringe Festival in Scotland in addition to on stage in at EST, Naked Angels, Atlantic Theatre, Drury Lane, LAByrinth Theater and Culture Project.Currently you can see and hear Dana on the small screen in numerous commercials and voice overs.Notable performances include roles on One Life To Live, The 2013 Oscar winning short film, Curfew and the web series Kat & Eis, where she was awarded Outstanding Guest Actor in A Comedy.She is also an active environmentalist, working with WWF, NRDC, Film Aid, Waves for Water, NPC and River Keeper. She renovated her own home with all green materials and was flooded with questions from friends about how they could also make green choices. In response, she launched the website livinggreeninthecitys.com, which offers articles and information on how to live a greener, healthier life in the city. She has also been invited to present at numerous TED talks about her green living experiences.She has an MFA from NYU and has also studied at RADA and Second City. She is a member of AEA, SAG-AFTRA, Neo-Political Cowgirls, and On The Road Repertory. She is fluent in French, Spanish and Hebrew.

Riding in Cars with Boys