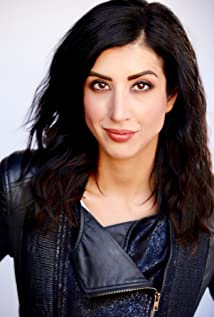 Dana DeLorenzo was born and raised in Youngstown, Ohio and showed a love of comedy at an early age, when at 3 years old she told jokes to herself on her tape recorder. She landed her first paying gig at the age of 11 performing with her brother in Abbott and Costello's "Who's On First" in a weekly variety show.DeLorenzo graduated from DePaul University in Chicago and soon after became an on-air personality and producer on The Mancow Show. She performed in musicals and plays throughout Chicago theaters (West Side Story, Holes) and in 2008 she formed an Amy Winehouse tribute band (House of Winehouse) which garnered international acclaim for her portrayal of the singer. After a feature article in The Chicago Tribune spotlighting DeLorenzo and her uncanny performance, House of Winehouse performed at various music festivals and venues including House of Blues Chicago. They were voted Best Tribute Band by The Chicago Reader in 2010.After making the move to Los Angeles, Dana appeared on various TV shows (Californication, Workaholics, 2 Broke Girls) and films (A Very Harold and Kumar 3D Christmas). She received attention for her comedic and improvisational abilities with her recurring roles on The Late Late Show with Craig Ferguson as Beth the CBS Executive and as Sara Foster's publicist in VH1's Barely Famous. DeLorenzo also performed in The Best of Craigslist Live! in sold-out tours through the Hollywood Fringe Festival, The Royal George Theatre in Chicago, as well as the prestigious Joe's Pub in New York City.DeLorenzo continued to land leading comedic roles in shows like the critically-acclaimed web series Driving Arizona, and returned to doing impressions on Soul Pancake's Impress Me opposite Ross Marquand (The Walking Dead) playing his love interest Emily/Andrea. Impress Me is available on Amazon Prime Video.DeLorenzo's breakout role came when she was cast opposite Bruce Campbell in the beloved series Ash Vs Evil Dead (Starz) which is a continuation of the cult-classic movie trilogy Evil Dead, written and directed by Sam Raimi. DeLorenzo won the approval of fans and critics alike originating the role of Kelly Maxwell, the foul-mouthed quick-witted bad ass female sidekick to the show's titular anti-hero. During it's 3 Season run, the role showcased far more than DeLorenzo's comedy chops; she also received rave reviews for her dramatic abilities and solidified her place as an action hero. Her performance on the series nabbed her back-to-back nominations for the Fangoria Chainsaw Award in the Best TV Supporting Actress category, which she tied with Jamie Lee Curtis (2016). In 2017 she received an iHorror Award nomination for Best Actress in a Horror Series. In 2018 she was the recipient of the Artemis Women in Action Next Wave award.DeLorenzo voiced the character of Esmerelda on Nickelodeon's Teenage Mutant Ninja Turtles and landed the guest starring role of Karen Walker's mom in flashback scenes on Will & Grace.You can watch DeLorenzo on VOD platforms in the short film Three Women, by award winning filmmaker Alex Beh, as well as in a critically-acclaimed leading role in the independent feature film The Mad Ones, written and directed by Aniruddh Pandit.In the fall of 2018 DeLorenzo can be seen in the highly-anticipated female-driven comedy Friendsgiving, written and directed by Nicol Paone and stars Kat Dennings and Malin Ackerman; DeLorenzo plays Denning's sharp-tongued sassy sister Barbra.

The Moleman of Belmont Avenue