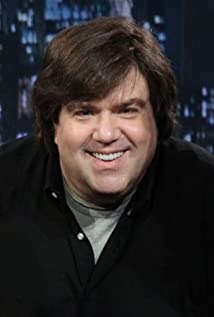 Daniel J. Schneider was born into a family with three older sisters in Memphis, Tennessee on January 14th, 1966. He became his Senior class president at White Station High School. After high school, he went to his father's alma mater, Harvard, for one semester. He decided to come back home to Memphis and get a job at a computer store. He also started classes at then-called Memphis State University where, one day, he was spotted by a movie producer and asked to audition for a part. He got the part. Soon after, he moved to Los Angeles where he worked as a pizza delivery boy while auditioning for more parts. In 1985, he landed the part of "Ricky Smith" in Better Off Dead... (1985), a part which he says still gets him stopped on the streets at least once a week by fans to this day. After doing the TV show, Head of the Class (1986), from 1986-1991, Dan got into writing and producing. He has been involved in numerous shows including All That (1994), The Amanda Show (1999) and What I Like About You (2002) and the movie Big Fat Liar (2002). Although he lives in the Hollywood Hills, he still visits Memphis a few times a year where he still has family, which includes 9 nieces and nephews. He has also just created a production company called "Schneider's Bakery".