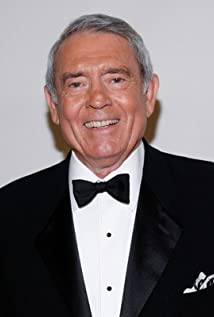 Dan Irvin Rather Jr. was born in Wharton, Texas, to Byrl Veda (Page) and Dan Irvin Rather Sr., a ditch digger. He graduated from Sam Houston State University in Huntsville, where he wanted to play football. He worked at local radio station KSAM in Huntsville during his college years. Following graduation he worked for radio station KTRK in Houston and went to work for KHOU-TV, the CBS affiliate in Houston. In 1961, he covered Hurricane Carla for KHOU-TV in Houston, Texas, and it caught the eye of CBS News executives, who hired him in 1962. He was in Dallas on November 22, 1963 and was CBS' lead anchor from Dallas during the coverage of the Kennedy assassination. In 1975, he became co-anchor of 60 Minutes (1968) and in 1981 was selected to replace Walter Cronkite as anchor of CBS Evening News with Dan Rather (1981), where he remained as anchor until 2005. The Communications Building on the campus of Sam Houston State University is named for Rather.

JFK Revisited: Through the Looking Glass

1968: The Year That Changed America

O.J.: Made in America