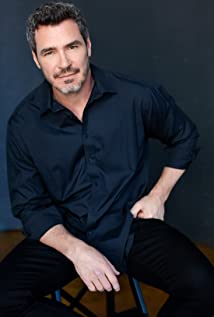 Daniel Boyd Payne was born in Victoria, British Columbia, Canada; however, he and his family were fortunate to have moved a great deal while growing up. The moves included towns and cities of all shapes and sizes. The travel afforded Dan and his siblings, brother Josh and sister Cathy, to become best of friends. This provided Dan with a sense of resourcefulness and independence that he is proud of to this day. It also helped him discover humor as a great tool to adapt to new surroundings.Dan is a man of great stature and presence standing 6' 4" and weighing nearly 230 pounds. Despite being built for sports, education has always ranked highly for Dan who was an excellent student. He earned Honor Roll in Matriculation throughout high school years and was awarded scholarships to universities across Canada. Eventually settling at the University of Calgary, Dan embarked on his first career path as an athlete, playing volleyball for the U of C Dinosaurs. Sport at this level enabled him to travel Canada extensively and nurture a love for his country; as well as get bitten by the travel bug. The volleyball career was very successful and came to an end with a stint as a professional in Holland. During his years at university, Dan says he truly learned the most about himself and found great satisfaction dealing with people including coaching volleyball camps for special needs children.Dan then moved from Holland to Australia for 4 years to join his brother Josh, whom he considers his 'life mentor'. Australia is where he became a professional photographer and reawakened his love of the creative arts. Photography quickly became an excellent 'side job' while he and his brother actively began pursuing his own path to their childhood dream of acting. This path actually began with stand up comedy and performing in shows co-written and co-directed by him and his brother! Inspired by his entrepreneurial-minded brother and ever-growing love of all things creative, Dan chose to take the next step. He chose to venture to London, England while his brother remained in Oz.The UK marked the start of the traditional agent and audition trail for Dan and the beginning of the tremendous learning process involved with the entertainment industry. While in London, Dan continued to study acting as well as perform on stage and in film. Dan's realized that his unique size and accent were assets, and towards the end of his five years in London, found success which gave him the confidence and desire to return home to Canada. Armed with a greater sense of self and some foreign film credits, he returned home - to Vancouver, Canada.Dan continues his efforts to constantly expand on his experiences in both comedy and drama, which only strengthens his life long passion for acting. Vancouver has been a dream come true for Dan. He has enjoyed many varied roles since returning home from lawyers to aliens to playing with the Muppets. Dan's career has continually enjoyed a growing success and shows no signs of slow down. The future looks promising for Dan as his leading man good looks and sense of humor will soon take him to the next leg of his journey, L.A. He and his wife Daylon have two sons, Elijah and Grayson, born in 2008 and 2011, respectively.

Framed by My Husband

Til Ex Do Us Part

Devil in the Dark

A Time to Dance