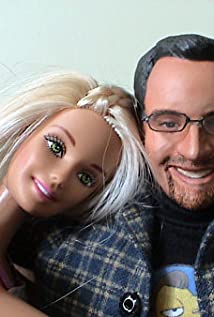 From Northport, Long Island. Attended New York University's Tisch School of the Arts and SUNY Buffalo's summer arts program. First industry job was co-creating a series of shorts for the Independent Film Channel (IFC) based on "Greg the Bunny," a puppet character Milano also performs.Based on the main character from their public access series called "Junktape," Milano and friends took "Greg The Bunny" to 20th Century FOX as a 13-Episode prime-time series, produced by Neil Moritz and run by Steve Levitan. Milano exec-produced, wrote and performed on the series as characters "Greg the Bunny" and "Warren the Ape," alongside co-stars Sarah Silverman, Seth Green and Eugene Levy.The relationship with Seth Green led to Milano's involvement as a writer and voice actor on "Robot Chicken," "Titan Maximum" and "Star Wars: Detours." Meanwhile Milano and then-writing partner sold a spec feature to Laura Ziskin and Sony Pictures, called "Me & My Monster." Developed with effects wizard Stan Winston, the movie was in development with such directors as Neil Jordan, McG and Jon Favreau (the latter having also appeared on an IFC Greg the Bunny Reunion Special.)After the Fox series was canceled, "Greg" returned to IFC and eventually the spin off series, "Warren the Ape" was created for MTV Networks. This 12-episode "reality show" about Warren's fallout in the post-Fox years co-starred Josh Sussman and Dr. Drew Pinsky.Milano's film career had him working with his partner on development assignments for The Henson Company, Flower Films, The Donner's Company and more. Milano's solo credit on "Short Circuit" was written for producer of the original film David Foster and Dimension's Bob Weinstein.Milano has sold pilots including "The Spaces," "Dad Monster Hunter (aka Shadowchasers)" and worked on shows such as "Gravity Falls" (writer) "Crash & Bernstein" (Director,) and "Star Wars: Detours." (Writer/Actor)Milano was never trained in puppetry but was obsessed with the art form as a child and built a talent for it. He has focused primarily on writing, developing for features and television but does occasionally work as a voice actor.In 2012 and 2013 Milano began a collaboration with "Fanboy and Chum Chum" creator Eric Robles on several projects for Nickelodeon TV, including "Monkey Quest," "The Cornies" and "8 Bit and High Five."In 2013 Milano was brought on staff to take part in Dreamworks Animation's historic content partnership with Netflix for the development of animated series' based on the company's library of current and future titles.

Dawn of the Croods