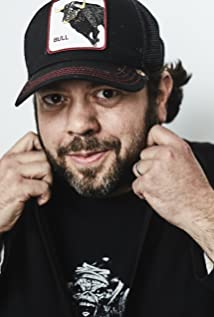 Dan Fogler made his Broadway debut when he originated the role of William Barfée in The 25th Annual Putnam County Spelling Bee, for which he won the Theatre World Award for the original off-Broadway production and the Tony Award for Best Featured Actor in a Musical in 2005 for the original Broadway production.Fogler's first television appearance was in 2002 on FOX's 30 Seconds to Fame as a contestant impersonating Al Pacino. Other television credits include guest starring roles on AMC's The Walking Dead, ABC's The Goldbergs, NBC's Hannibal, CBS' The Good Wife and voice work for FOX's American Dad. Fogler also has had starring roles in ABC's Man Up! and Secrets & Lies.In film, Fogler is most known for his role of Jacob Kolwalski in J.K. Rowling's Fantastic Beasts and Where to Find Them and Fantastic Beasts The Crimes of Grindelwald. Fogler also starred as Randy Daytona in 2007's Balls Of Fury for Focus Features and had roles in Good Luck Chuck, Fanboys, Take Me Home Tonight, Love Happens, Scenic Route, Europa Report and In Like Flynn.Fogler has also done a variety of voiceover acting in films such as; Horton Hears A Who! along with Steve Carell and Jim Carrey, Disney's Mars Needs Moms, Free Birds and 2008's Kung Fu Panda, with Jack Black and Jackie Chan.Some of Fogler's other projects include starring in the music video for the Type O Negative song "I Don't Wanna Be Me", in which he played a man recording himself on video as he cross-dresses as celebrities including Marilyn Monroe, Michael Jackson and Britney Spears.Fogler also wrote and directed the play Elephant in the Room, inspired by Ionesco's Rhinoceros, which was produced by the New York International Fringe Festival in 2007. Fogler has also written and directed Hysterical Psycho (2009) which premiered at the 2009 Tribeca Film Festival, featuring actors from his theater company Stage 13 where Dan serves as one of the company's Artistic Directors, and Don Peyote (2014) which also saw Fogler in the lead role as Warren Allman, with supporting roles from Josh Duhamel, Anne Hathaway, Topher Grace. Hysterical Psycho was Fogler's first graphic novel. In 2010, Archaia Entertainment published the horror anthology Moon Lake. This collection of stories chronicles the past, present, and future of the most haunted town on Earth: Moon Lake. Fogler is also hard at work on another graphic novel, Brooklyn Gladiator.

Fantastic Beasts and Where to Find Them 3