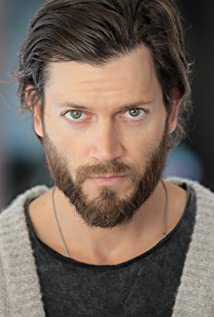 Damon Lipari was born in Patterson LA, and as a young boy all he wanted to do was play basketball. He idolized Pete Maravich for his "handles" and bought strength shoes so he can one day jump high like his other idol Michael "Air" Jordan. But at the age of 13 Damon was hit with the acting bug after watching amazing performances in the movie "A Few Good Men." But the movie could have easily been "White Men Can't Jump," he doesn't really remember. The point is something he watched made him want to be an actor. He wanted the ability to bring out emotions in others through film. Damon continued pursuing basketball through college. He played for a small college in Mississippi then transferred to LSU where he walked on the basketball team only to be told they didn't have a roster spot for him. His last stint with the sport was a tryout for the Denver Nuggets in 2003. It went really well but he didn't make the team. Damon decided to dedicate his time to acting. He moved to Hollywood and quickly picked up an agent and started booking commercial work. Ironically, Damon's first film work was on the CBS made for TV movie Vampire Bats which was filmed where he grew up, New Orleans LA. The production was moved half way through due to Hurricane Katrina to Halifax Nova Scotia. After it wrapped Damon quickly jumped on to The Guardian with Kevin Costner and Ashton Kutcher, Initiation of Sarah with Mika Boorem, Summer Glau and JoAnna Garcia Swisher, and A Perfect Day with Rob Lowe, Paget Brewster and Christopher Lloyd. After filming 5 straight movies in his native state Damon decided to make home.. home again. Other titles include Memphis Beat, Shark Night 3D, Breakout Kings, Halt and Catch Fire, When the Game Stands Tall, The Originals and his latest Navy Seals vs. Zombies. Damon's goal is to one day play Pistol Pete in a movie made about the legendary basketball player. Another goal is to one day be endorsed by Nike and design his own shoes.