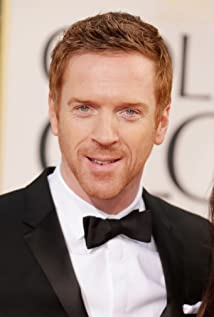 Damian Lewis was born on February 11, 1971, in St. John's Wood, London, England, to Charlotte Mary (Bowater), from an upper-class background, and J. Watcyn Lewis, a city broker whose own parents were Welsh. He was raised on Abbey Road in London until the age of 8 with his siblings Gareth, William, and Amanda. In 1979, he was sent to Ashdown House boarding school, then was educated at Eton College. At age 16, he formed his own theater company, then worked in South London, then traveled around Africa. From 1990 to 1993, he studied at Guildhall School of Music and Drama, alongside Daniel Craig and Joseph Fiennes. Among his teachers was RSC stalwart Colin McCormack. Lewis graduated in 1993, and worked on the stage, particularly with the Royal Shakespeare Company. There he was seen by director Steven Spielberg, who subsequently cast him as Richard Winters in the HBO/BBC miniseries Band of Brothers (2001), for which he was nominated for a Golden Globe, among other awards. Lewis continues his career in films, TV, and theater.

A Spy Among Friends