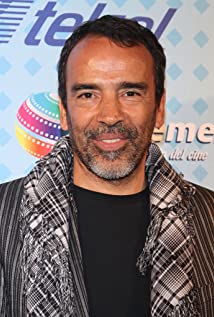 Damián Alcázar is a Mexican actor, who is best known for portraying Colombian drug lord Gilberto Rodríguez Orejuela in the Netflix series Narcos.Damián Alcázar studied acting first at the National Institute of Fine Arts and at the Theatrical Experimentation Center, then continued at the Faculty of Theater of the Veracruz University, where in later years he would work as a teacher.He served as an actor for eight years in two theatre companies, alongside the most prestigious directors in Mexico. Under the direction of George Labaudan guest, he appeared on the balcony of Jean Genet.He has appeared in six foreign films and more than twenty-eight Mexican films. He was awarded the Ariel for Best Actor in 1999 and in 2004, for the tapes Under California: The Time Limit, by Carlos Bolado, and in Crónicas, by Sebastián Cordero. He also won the prize for best actor at the Festival of Valladolid (Spain), for the latter.He received Ariel for Best Supporting Actor for El anzuelo by Ernesto Rimoch; by Lolo, Francisco Athié, and for the success of Carlos Carrera, The Crime of Father Amaro. Damián has been nominated to receive this same award four other times. He won the award for Best Actor at the Cartagena Film Festival (Colombia) for the film Two Crimes, by Roberto Sneider.He has also worked on telenovelas, being the most recent Secretos del corazón, produced by Epigmenio Ibarra for TV Azteca.In April 2013 he was awarded the Honor Prize of the Latin American Film Show of Lleida with José Coronado. Since June 2016, he has been a deputy elected by Morena in the Constitutional Assembly of Mexico City.