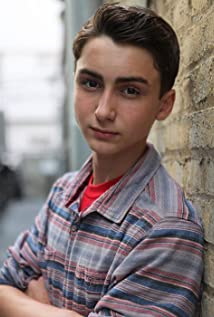 Dalton Rich is best known for his recurring role on the Emmy and Golden Globe winning, Transparent, playing young Josh, one of three siblings on the Amazon Studios series. Born into an acting family, Dalton began training early at the Academy of Dramatic Arts in Los Angeles. And while he was born in the US, Dalton has the ability to also work in Canada as one of his parents is Canadian.His early work began in commercials like most actors, but it was the new Amazon Studios series, Transparent that gave Dalton his first steady TV role. The opportunity proved to be an incredible learning experience because of the caliber of actors Dalton gets to work with, including the award winning, Jeffrey Tambor, and the TV, stage, and film darling, Judith Light. In fact, the entire cast and crew were invited to act as Grand Marshall's for the 2015 LA Pride Parade held annually in West Hollywood, CA.In addition to Dalton's role on Transparent, he has worked in other projects playing the common angst often associated with teenagers when playing roles that challenge their young decision making skills that include, drinking, smoking, and engaging in underage sex.