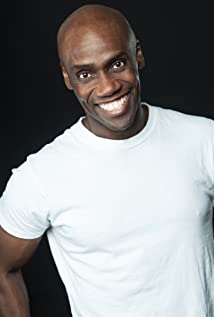 Dalias Blake is an accomplished Actor and Musical Artist. He has appeared in numerous Films and TV shows including Donovan's Echo (starring Danny Glover), The X-Files, Supernatural, Godzilla (starring Bryan Cranston) and Dragged Across Concrete-opposite Vince Vaughn and Mel Gibson. Born and raised in Jamaica for the better part of his childhood, Dalias grew up in a third world environment which forged his down-to-earth personality and realistic outlook on life. Being a person of ambition, resourcefulness, and discipline, Dalias greatly enjoys the demands of the film industry and continues to pursue acting with the same drive and motivation today as when he first began. Equal to his propensity to Act, Dalias also has a strong passion for creating original music. His journey in music began at an early age, leading him to pen songs for other artists and performing as Reggae/Rap artist Mistah *D*.

In God I Trust