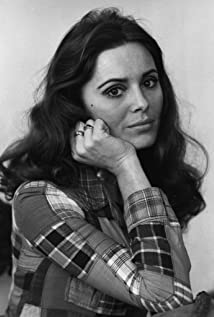 Stylish, slender-framed, raven-haired Daliah Lavi was made for alluring, exotic types and princess roles with her mesmerizing beauty, chiseled cheek bones and long, flowing mane. The Israeli actress first became a star in Europe before making a dent in Hollywood as part of a wave of knockout foreign star imports that flooded Hollywood during the mid 1960's -- Claudia Cardinale, Julie Christie, Jeanne Moreau, Liv Ullmann, Melina Mercouri, Ursula Andress, Jacqueline Bisset, Romy Schneider, Elke Sommer, Senta Berger, Rosanna Schiaffino, Geneviève Bujold, Capucine, Shirley Eaton, Sylva Koscina, Barbara Bouchet, Susannah York, Rita Tushingham, Monica Vitti, Vanessa Redgrave and her sister Lynn Redgrave, and Catherine Deneuve and her sister Françoise Dorléac. Like most of the others, Daliah was to be viewed as a viable sex symbol contender. In her case, she found decorative, second-tier notice via tongue-in-cheek spy spoofs, crime mysteries, erotic thrillers and rugged adventures. In retrospect, she may have fallen short of the illustrious Hollywood pedestal, but she did create a fine, if brief, stir.She was born Daliah Levenbuch in the Moshav Shavey Zion, in the British Mandate of Palestine on October 12, 1942. The daughter of Reuben and Ruth Lewinbuk (or Levenbuch), who were of German-Jewish and Polish-Jewish descent, she was sent as a child to Stockholm, Sweden in the early 1950's to train in dance. She made her first film there at age 13 in the drama The People of Hemso (1955) playing the daughter of a professor. Her start in films was interrupted when she returned to Israeli following her father's death and joined the Israeli Army.Following this period, she returned to acting and, being fluent in many European languages, began to figure in prominently with a host of French, Italian, German and English productions, often as a co-star. Such early films include a starring role in the German/Israeli co-production Blazing Sand (1960); the classic Voltaire comedy Candide (1960) co-starring as Cunegonde alongside Jean-Pierre Cassel in the title role; and the Martine Carol drama Violent Summer (1961). She continued to build up a strong European film reputation with the war drama No Time for Ecstasy (1961) co-starring Peter van Eyck; the mystery crime The Return of Dr. Mabuse (1961) starring Gert Fröbe and post-Tarzan Lex Barker; and made her American movie debut (earning a Golden Globe "Newcomer" Award in the process) as the second femme lead in the Kirk Douglas starer Two Weeks in Another Town (1962), directed by Vincente Minnelli.Daliah gained considerable ground enhancing and beautifying such foreign movie product as the ensemble French crime mystery Le jeu de la vérité (1961) (aka The Game of Truth); the German comedy satire Één bed voor twee (1962); the title role of a sultry peasant girl accused of being a witch in the Italian/French co-production Il demonio (1963) (aka The Demon); the European western action film Old Shatterhand (1964) starring U.S. imports Lex Barker and Guy Madison; the continental costumed adventure Cyrano et d'Artagnan (1964) starring José Ferrer and Jean-Pierre Cassel as Cyrano and D'Artagnan; the German comedy thriller They're Too Much (1965) starring Curd Jürgens, and the one of the ensemble suspects in the internationally cast whodunit Ten Little Indians (1965).The actress hit her height of international popularity with four popular English/US-based films: as "The Girl" in the epic adventure Lord Jim (1965) starring Peter O'Toole and James Mason; as Princess Natasha in the spy comedy The Spy with a Cold Nose (1966) opposite Laurence Harvey; an alluring double agent in the first Matt Helm entry The Silencers (1966) starring Dean Martin; and as a sexy enemy weapon in the phantasmagorical Bondian spoof Casino Royale (1967), starring Peter Sellers and an all-star international cast. The last-mentioned film, in particular, had American male audiences taking major notice.Decked out in tight mini-skirts, thigh-high go-go boots and a helmet of black hair, Daliah fit in perfectly with the times, a swinging, gorgeous chick of the psychedelic 60s. She quickly lost momentum, however, cast in such overlooked films as Those Fantastic Flying Fools (1967), The High Commissioner (1968) and Some Girls Do (1969). Her final film would be in the western comedy Catlow (1971) starring Yul Brynner.In the 1970's Daliah pursued a singing career in Germany after being discovered by record producer Jimmy Bowien. A popular draw, she had a few hit songs and covered many international songwriters and artists. She was also glimpsed again on German television in the 90s for a brief spell. Daliah died on May 3, 2017, in North Carolina. Her fourth husband of 40 years, Charles Gans, survived her, along with four children, including her son Alex Gans who follow in her footsteps in film as a film editor, producer and director.

The Spy with a Cold Nose