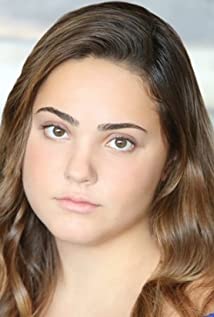 Dahlia White began her acting career when she was just five years old. She fell in love with theater and went on to appear in several theatrical productions with Random Farms Kids Theater in Westchester County, NY. On the advice of one of her directors, she auditioned for a talent showcase and subsequently signed with her theatrical agent, David Doan. Dahlia booked her first acting job playing Lindy Bean on Nickelodeon's web series, Hall Stars. Later, Dahlia was invited by Nickelodeon casting to take part in their talent development program at the Groundlings Theater in Los Angeles, California. While there, she received invaluable training from Patrick Bristow in improvisation and sketch comedy. Soon after, Dahlia was cast as Scout McCluski on Nickelodeon's 100 Things to Do Before High School. Later, Dahlia was cast as Tal Epstein, the niece of Billy Eichner, on Hulu's Difficult People. In addition, Dahlia will also appear in Amazon's new series, Red Oaks, as Lindsey.

100 Things to Do Before High School