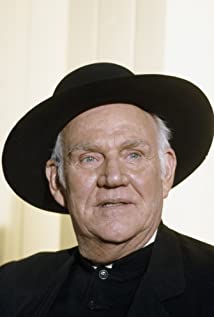 Dabbs Greer was a very familiar face in films and especially on TV. He was a sort of "everyman" in his roles and played merchants, preachers, businessmen, and other "pillars of the community" types as well as assorted villains. With his plain looking face, wavy hair and mellow, distinctive voice he was a solid supporting actor. He was born on April 2, 1917, in Fairview, Missouri, but reared in Anderson, Missouri. He was the only child of a pharmacist father and a speech therapist mother. His first acting experience was on stage in a children's theatre production when he was eight years old. He attended Drury College in Springfield, Missouri, where he earned a BA and headed the drama department and Little Theatre in Mountain Grove, Missouri, from 1940-43. He then moved on to the famed Pasadena Playhouse in California as actor, instructor and administrator from 1943-50. He made his film debut in Reign of Terror (1949) (aka "The Black Book") in an uncredited bit part and went on to appear in many parts during the next 50 years. He is probably best remembered for his role as Rev. Alden on Little House on the Prairie (1974) but he was also a regular on the TV series Gunsmoke (1955) as a merchant, Mr. Jonas; Hank (1965) as Coach Ossie Weiss and Picket Fences (1992) as Rev. Henry Novotny. He also appeared in made-for-TV movies and guest-starred on such series as Adventures of Superman (1952); The Rifleman (1958); Wanted: Dead or Alive (1958); Trackdown (1957); Perry Mason (1957); Bonanza (1959); The Fugitive (1963) and The Brady Bunch (1969).

Sundown: The Vampire in Retreat