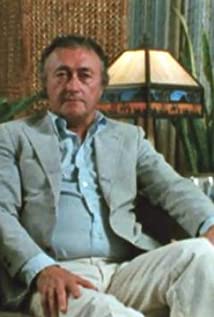 Curtis Harrington was an excellent and shamefully underrated writer and director who specialized in marvelously offbeat and atmospheric low-budget independent horror pictures. Harrington was born on September 17, 1926, in Los Angeles and grew up in Beaumont, California. A hardcore film buff from a very young age, Harrington worked as a movie theater usher, a messenger at Paramount and a stagehand during his younger days. He made his first 8mm effort at age 14 and attended UCLA. In the 1940s and 1950s Harrington made a string of experimental avant-garde underground shorts, such as Picnic (1949), Fragment of Seeking (1946), "The Assignation" and "Wormwood Star". He was the cinematographer on Kenneth Anger's Puce Moment (1949) and acted in Anger's Inauguration of the Pleasure Dome (1954).Harrington also was involved with fellow avant-garde filmmaker Maya Deren. He began working for Jerry Wald Productions at 20th Century-Fox in 1957 and served as a producer's assistant on several big-budget pictures, including Peyton Place (1957) and The Long, Hot Summer (1958). In 1961 he made a strong--and impressive--feature-film debut with the nicely moody and quirky Night Tide (1961)_. His follow-up features were a pleasingly diverse, idiosyncratic and often entertaining bunch, and included the nifty sci-fi/horror Alien (1979) precursor Queen of Blood (1966) and the delightfully campy Shelley Winters vehicles Whoever Slew Auntie Roo? (1972) and What's the Matter with Helen? (1971) (the latter was Harrington's personal favorite of all his films), the perverse The Killing Kind (1973) and the immensely fun Ruby (1977). Moreover, Harrington directed a handful of solid and satisfying made-for-TV offerings: How Awful About Allan (1970), The Cat Creature (1973), Killer Bees (1974), The Dead Don't Die (1975) and the hilariously horrible Devil Dog: The Hound of Hell (1978). In addition, Harrington directed episodes of such popular TV shows as Dynasty (1981), The Twilight Zone (1959), The Colbys (1985), Hotel (1983). Wonder Woman (1975) and Charlie's Angels (1976). Harrigton's final film was the typically oddball short Usher (2000).Curtis Harrington died at age 80 from complications following a stroke on May 6th, 2007.

Devil Dog: The Hound of Hell