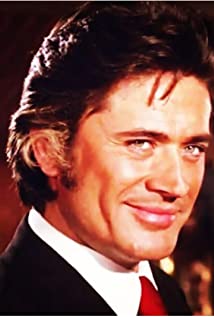 Fahrettin Cüreklibatir (born 7 September 1937), better known by his stage name Cüneyt Arkin, is a Turkish film actor, director, and producer. Having starred in somewhere around 250 movies and also TV series, he is widely considered as one of the most prominent Turkish actors of all time. His films shown abroad credited him as George Arkin. Arkin's films have ranged from well-received dramas to mockbusters throughout his career spanning four decades.Early in his career, Arkin became known for starring in historical dramas taking place during the first centuries of the Ottoman Empire and Anatolian Seljuks, such as Malkoçoglu Cem Sultan and Battal Gazi. While gaining success with such action-based films, he also took part in political films in the late 1970s, the most famous of those being The Adam Trilogy directed by Remzi Aydin Jöntürk. Arkin and Jöntürk continued their collaboration on many other films.In the 1980s, Arkin became known abroad for the film Dünyayi Kurtaran Adam (The Man Who Saves The World, also known as Turkish Star Wars), an extremely low-budget science fiction tentatively famous for featuring bootlegged scenes from Star Wars. Today the B movie has a cult following.Fahrettin Cüreklibatur was born in the village of Gökçeoglu in the Alpu district of Eskisehir Province, Turkey to a family of Crimean Tatar and Nogai origin.After graduation from the university as a physician, Cüreklibatir married his classmate Güler Mocan in 1965. In 1966, their daughter Filiz was born. The marriage did not last long due to Cüreklibatir's newly flourishing career as a film actor.In 1968, he took the stage name Cüneyt Arkin, and met Betül Isil, the daughter of a wealthy family that owned a tile manufacturing company. Isil, a graduate of a university in Switzerland was working as a flight attendant at the time. They were engaged in 1969, married in 1970, and divorced in 1971. Soon afterwards, they remarried and Betül gave birth to two sons, Murat and Kaan Polat. Arkin's wife and sons have starred in several of his films.