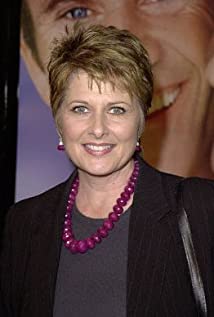 Cynthia Cristina Ferrare, the TV personality and former wife of auto executive John DeLorean, was born on February 8, 1950 in Cleveland, Ohio, to Italian-American Catholic parents, Renata Velia (Torinesi) and Tavio C. Ferrare, a butcher. Her family relocated to Los Angeles when she was 14 years old. Beause of her beauty, she was offered work as a teenage model while she was still 14, and eventually was hired as a model by the makeup company Max Factor when she was 16. As a 20-year-old, she signed with Eileen Ford, one of the top modeling agencies in New York, and became a cover girl on the major fashion magazines. This exposure lead to acting offers, and she signed a contract with the film studio 20th Century. She continued as the face of Max Factor, "The Max Factor Girl", until she was 26 years old.In 1973, she married National Alliance of Businessmen President John DeLorean, the former vice president of car and truck production at General Motors, who was 25 years her senior. DeLorean, who had been the youngest man to ever head a division at General Motors when he was promoted head of the Pontiac Div. in 1965 at the age of 40, was a non-conformist with a flair for self-promotion who moved in show business circles. He had left G.M. in 1973 with the idea of starting his own automobile company, which eventually would become a reality in the 1980s, but would lead to his professional downfall and the collapse of his marriage.The same year Ferrare married DeLorean, she had her sole leading role in motion pictures, the B-horror movie Mary, Mary, Bloody Mary (1975). Shot in Mexico and featuring the beautiful Ferrare as a bisexual vampire, the movie was released and sank without a trace despite her erotic nude scenes. She was a finalist to appear in Charlie's Angels (1976), losing out to Jaclyn Smith, but her acting career never gained traction. As an actress, she mostly did guest spots on series TV like The Love Boat (1977), but Ferrare did establish a career as a TV host. She served as the co-host on ABC's The Home Show (1988) as co-host of the "Home & Family" show with Michael Burger, and as co-host of "AM Los Angeles", which during her five-year stint, was was the highest rated morning show in its market, the second-largest in the country.As Ferrare's career as a TV personality rose, DeLorean's business fortunes crashed. The car company that bore his name went bankrupt. In 1982, John DeLorean was trapped in a sting operated by the F.B.I. and charged with trafficking in cocaine, to raise money to refinance his car company. Both Ferrare and DeLorean became born-again Christians after the arrest, and in the two year legal ordeal that followed, Ferrare stood by her husband. DeLorean was acquitted in August 1984, due to entrapment.Ferrare realized her marriage to DeLorean had been shallow and unfulfilling. Since she was a girl in Cleveland, she had dreamed of having a fairy tale life. Life with media darling DeLorean, however, eventually came to feel make-believe, and she knew their marriage was over long before it was officially ended. Her turning to Christianity helped her to brave the ordeal of her husband's arrest and trial, but after DeLorean's acquittal, Ferrare sought a divorce.Her divorce was granted in 1985, and that same year, she married entertainment industry executive Tony Thomopoulos, whom she had first met in 1979 when he was the head of the ABC Television Network and she was auditioning for a sport on "Good Morning America". They had met again years later, and Ferrare knew she would marry him on their first date. They have been happily married for 22 years and have two daughters.In addition to her TV appearances, she has written books, including "Cristina Ferrare's Family Entertaining", "Okay, So I Don't Have a Headache", and "Realistically Ever After". Ferrare also works for Creative Brands Group, designing jewelry, home accessories and furniture.

Perry Mason: The Case of the Telltale Talk Show Host